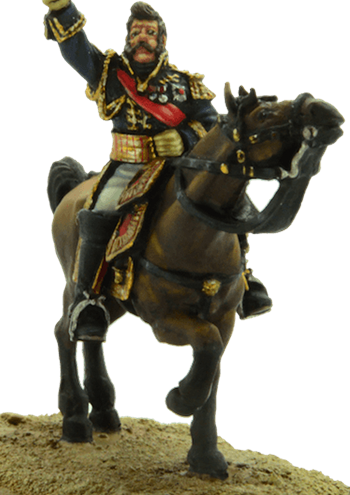 “With my broken sabre and covered with blood, I went to give an account of the affair to the Emperor.”

General de Division Comte Jean Rapp, Aide de Camp to Emperor Napoleon, began his military career in 1798 in Egypt and ended up as one of the last French Generals to surrender himself and his command in 1815. He was part of a cadre of unattached generals who served Napoleon as and when required, one moment arranging a banquet and the next leading a faltering Corps into battle. He was wounded so many times in battle, he was said to have more holes in his body than a piece of fine lace. Obviously, French lace was a very sturdy commodity.

Click below to view General Jean Rapp in 360 degrees!

Wargames Illustrated Via our webstore or at shows