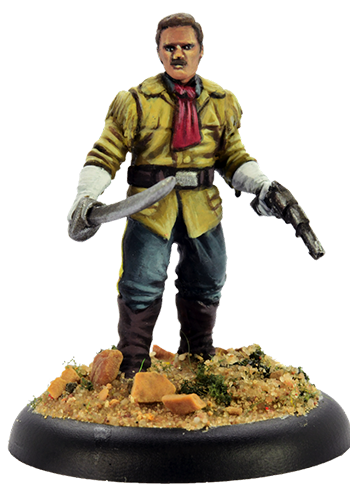 This is a pre order and this item will be released early September. Any items ordered along side this will NOT be shipped until its release.

8 in stock (can be backordered)

George Armstrong Custer was a legend, one he had personally crafted over a number of years. A brave and impetuous cavalry commander during the American Civil War, he went on to command the 7th Cavalry out on the Western Frontier. It was here that he added to his legend, glossing over certain events or ‘spinning’ them to suit his narrative. However, perhaps the greatest part of his story has become the battle he lost, down near the Little Big Horn river, when fighting the Sioux tribe. He led his men forward into a trap and fell alongside them in what is known as Custer’s Last Stand.