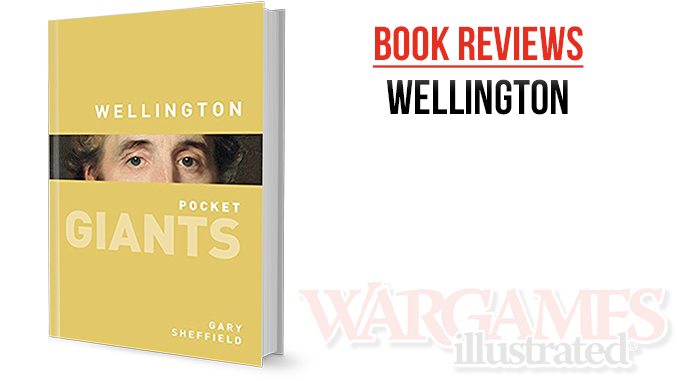 The latest in The History Press series of Pocket Giants is a brief biography of the Duke of Wellington written by Gary Sheffield. In keeping with his brief, Sheffield writes a short book though he refers to longer biographies by other historians for those interested. The span of Sheffield’s biography is from Wellington’s military beginnings in Flanders to his historic triumph at the Battle of Waterloo. Along the way, Wellington became a “genius” despite some initial military setbacks. Wellington earned his reputation in India where he rapidly climbed the promotional ladder. He was then given command of the British expedition to the Iberian Peninsula in 1808 where he performed brilliantly over the next six years against a numerically superior Franco-Spanish enemy. Sheffield’s overview of how Wellington exhibited his genius is interesting but cursory like the rest of this biography, but suffice to say Wellington’s emergence as the pre-eminent allied commander of the Napoleonic Wars is assured. When Napoleon escaped from Elba, therefore, it was natural for the British to appoint Wellington to command the Allied army that defeated the tyrant at the Battle of Waterloo. That is where this biography ends, which is probably just as well for Wellington’s reputation.

A biography of one of Britain’s greatest generals by one of her better military historians should be a cause for celebration. Unfortunately, Wellington is rather thin gruel. It works as a primer for Wellington’s military career but adds nothing new to the story. The biography is also incomplete, creating a misleading picture of Wellington’s life by ignoring his disastrous political career. Sheffield acknowledges that omission, but in doing so he comes very close to the hagiography he warns against in his introduction. For wargamers, there is very little here, certainly not enough to merit a recommendation. But Sheffield is a prominent military historian and his opinion on Wellington as a commander is therefore valid and worth your attention.