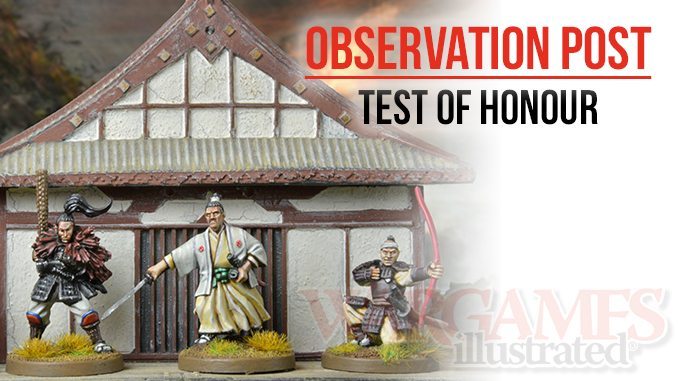 When Warlord Games acquired several of the Wargames Factory ranges of plastic figures, they wanted to use them in a slightly more innovative way then just integrating them into the existing Warlord range and so they produced Project Z, a game which used the Wargames Factory plastic zombies as a basis, with added characters and game components designed specifically by Warlord for Project Z. Warlord are taking a similar approach with the Wargames Factory Samurai, by using them as the core components in a new game – Test of Honour.

The original WF plastic Samurai will see a re-vamp with new heads being designed for some figures and game components being included in the figure sets, and Warlord will also be producing a range of new character figures for the game, some of which are pictured below.

Above: The four forthcoming box sets in support of Test of Honour.

Above: The hero figure from the Ronin box set.

Above: Another of the hero figures.

Above: Figure from the Mounted Samurai box set.

Above: The content of some of the box sets (in painted form).

Look out for more on Test of Honour in forthcoming Primetimes and the magazine.