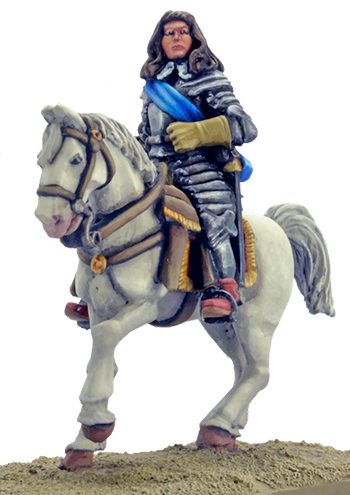 Rupert spent the beginning of his teenage years in England between the courts of The Hague and his uncle King Charles I. He became a soldier early; at the age of 14, he attended the Dutch pas d’armes with the Protestant Frederick Henry, Prince of Orange. Later, he fought alongside him and the Duke of Brunswick at the Anglo-German siege of Rheinberg, and by 1635 he was acting as a military lifeguard to Prince Frederick. Rupert went on to fight against imperial Spain in the successful campaign around Breda in 1637 during the Thirty Years War in the Netherlands. By the end of this period, Rupert had acquired a reputation for fearlessness in battle, high spirits and considerable industry.

Click below to view Young Prince Rupert in 360 degrees!

Wargames Illustrated Via our webstore or at shows