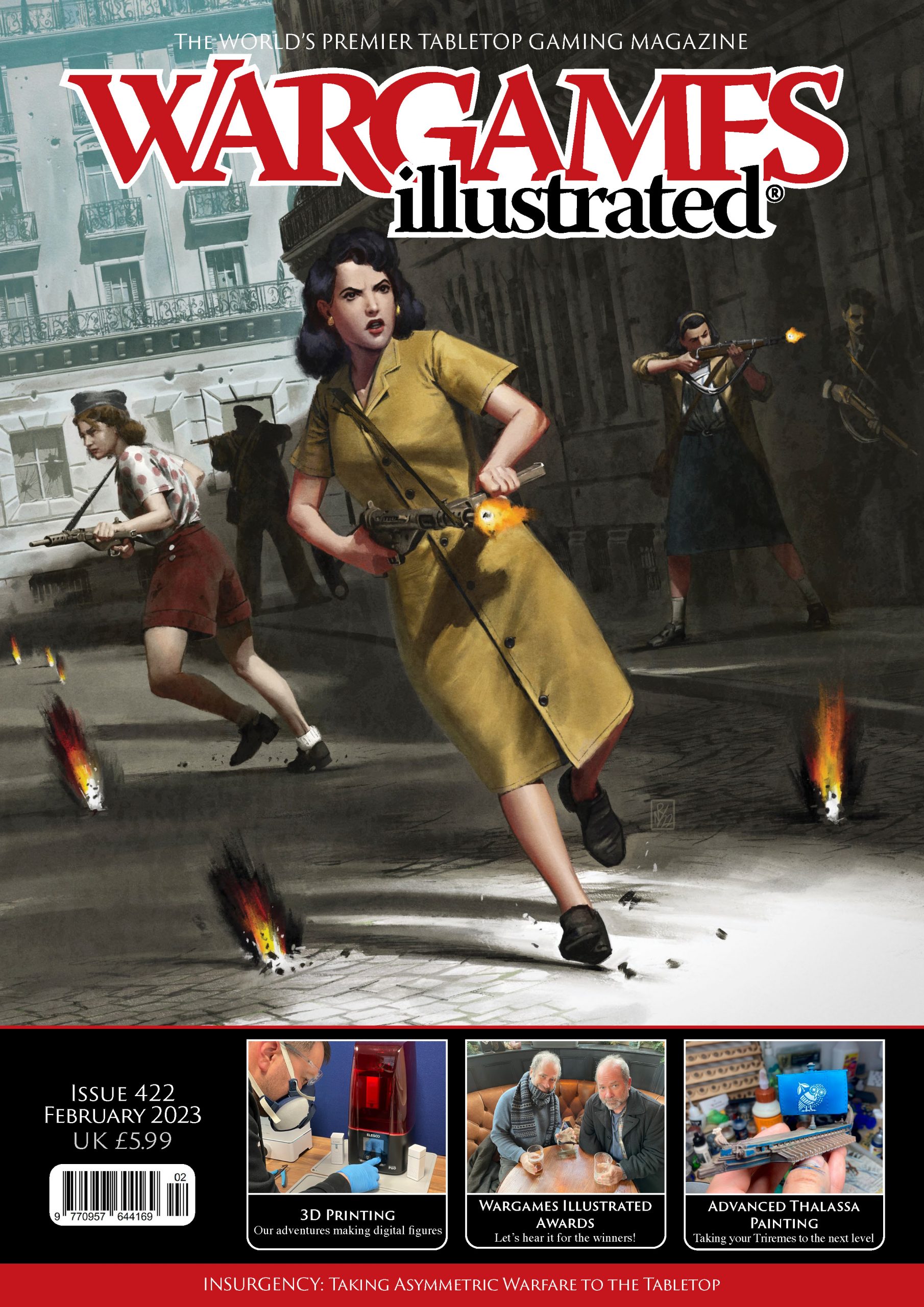 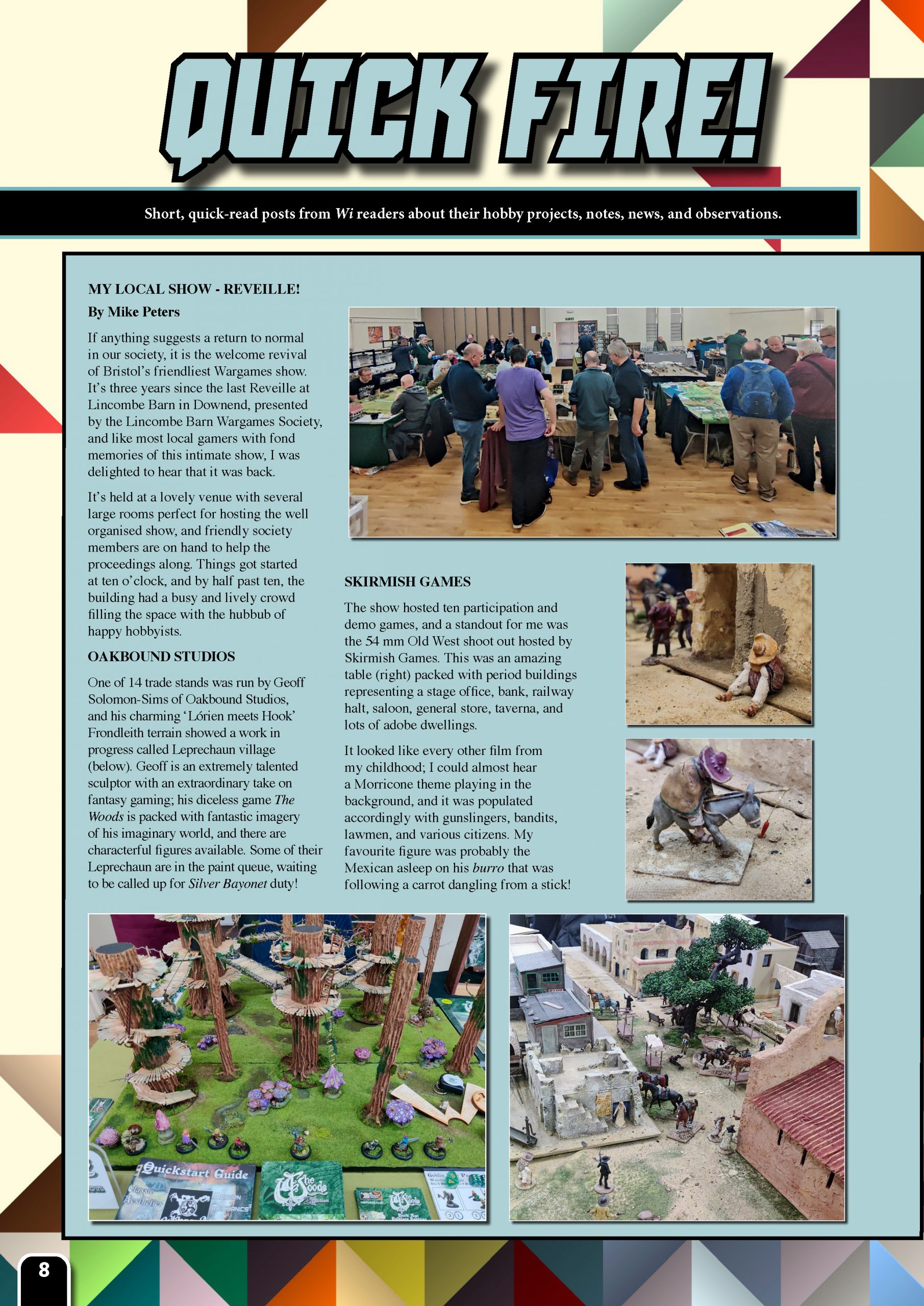 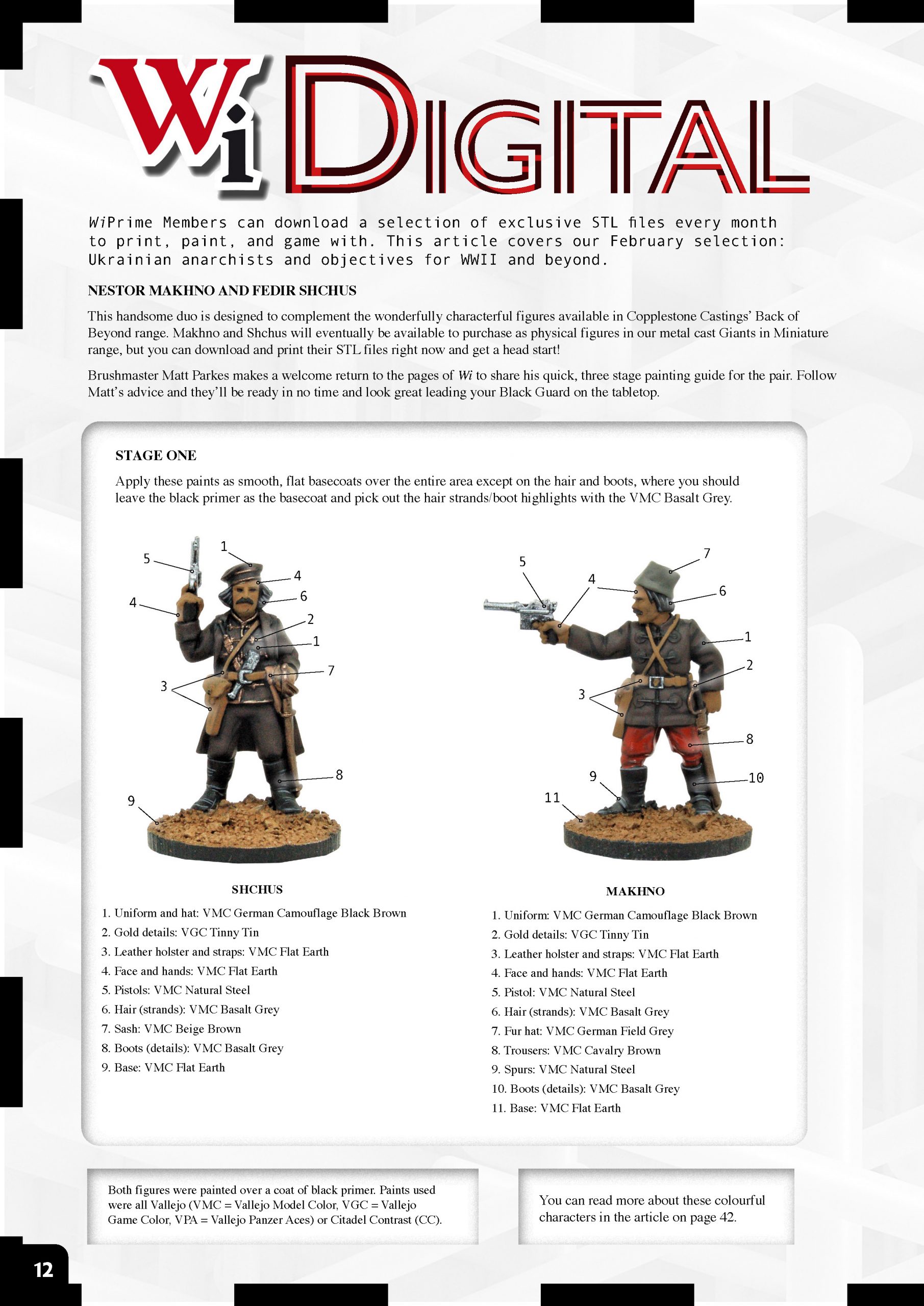 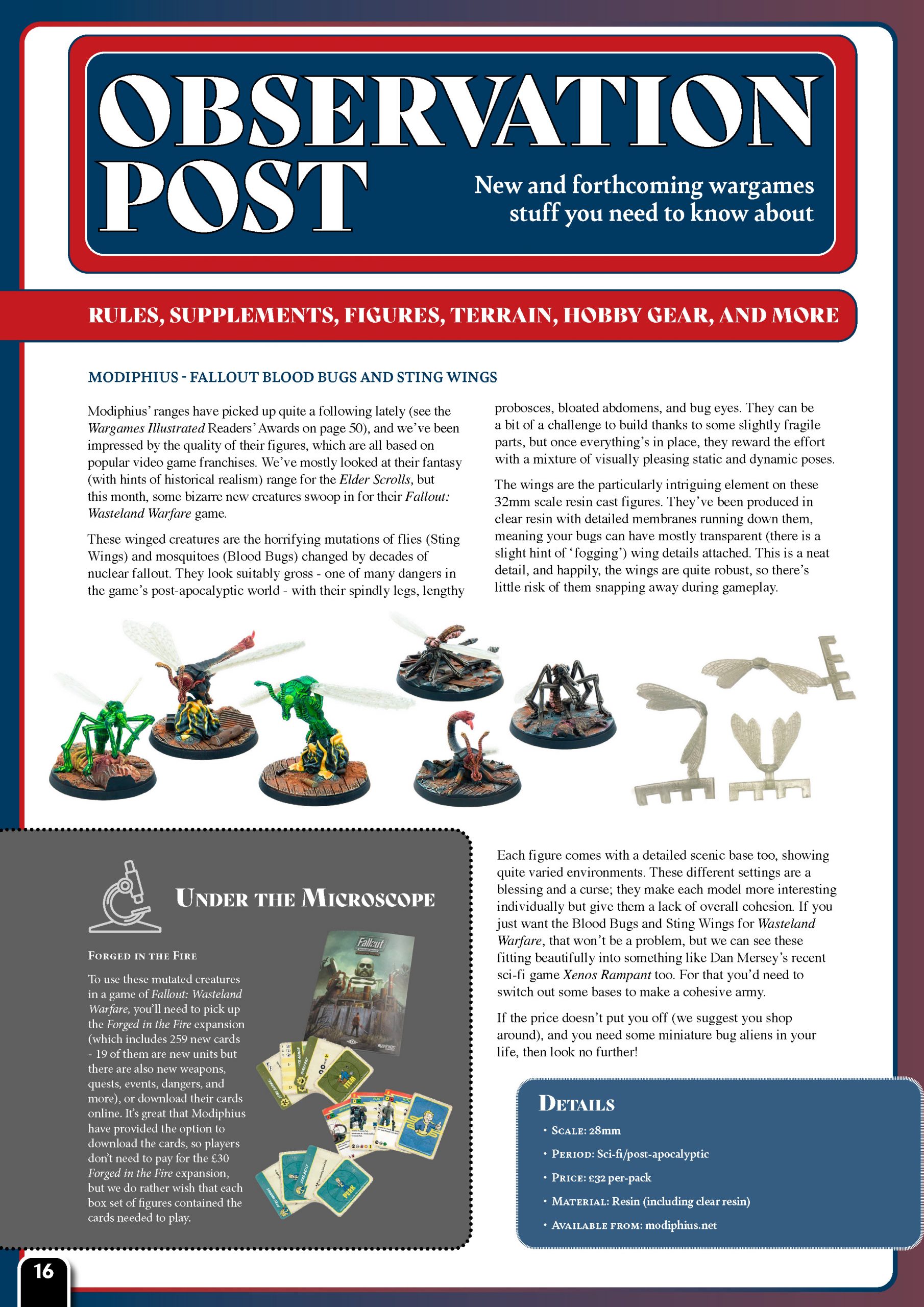 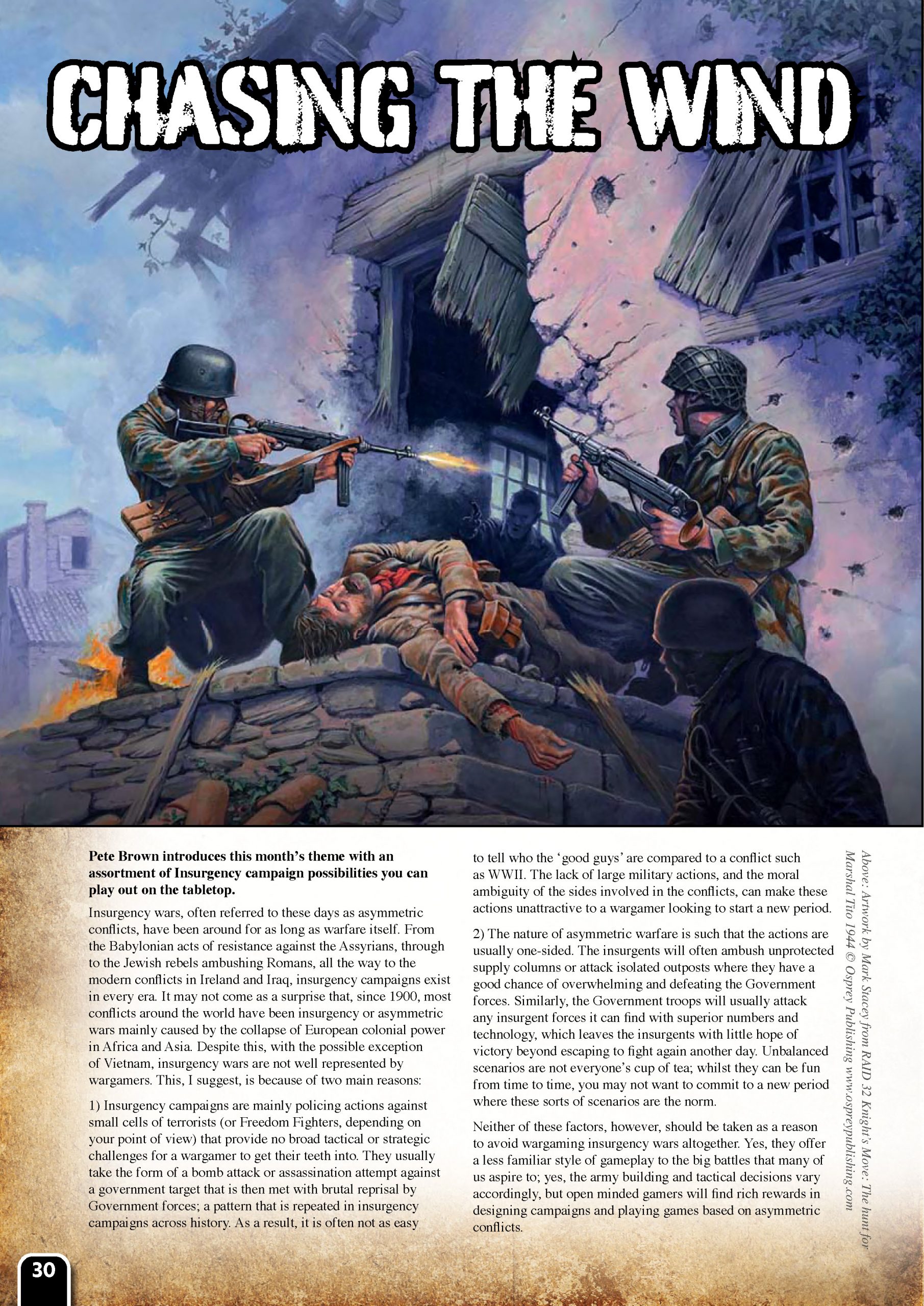 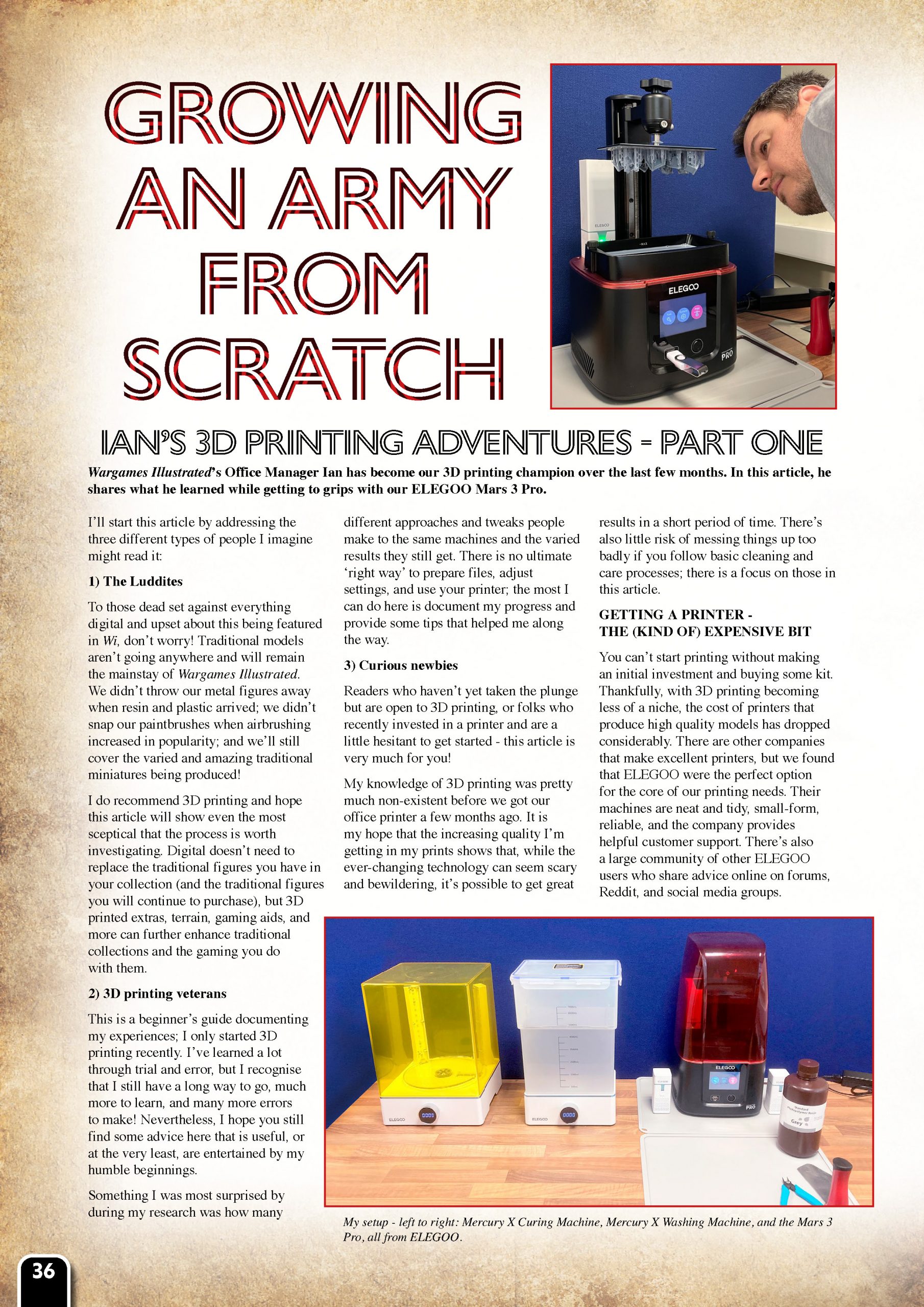 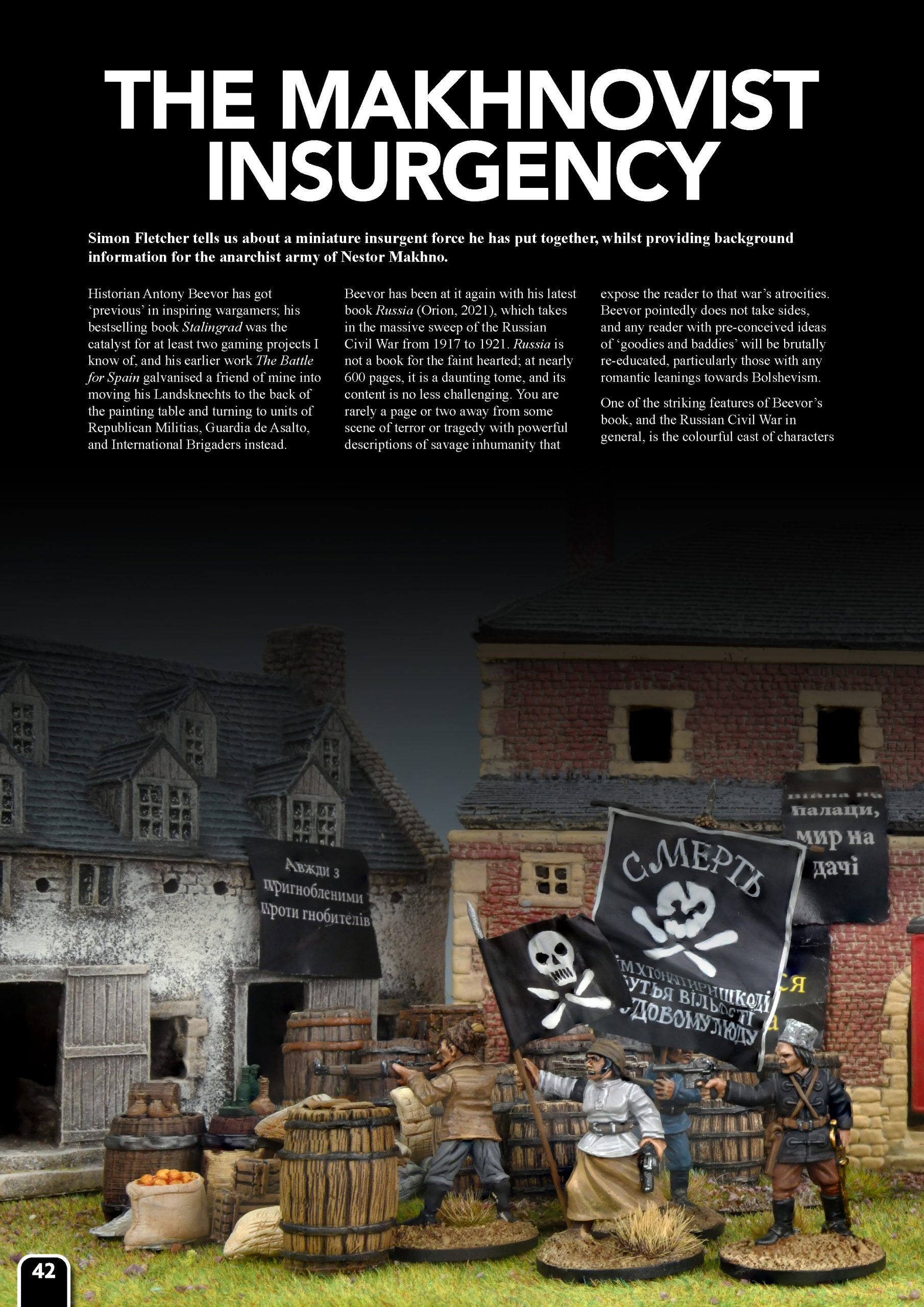 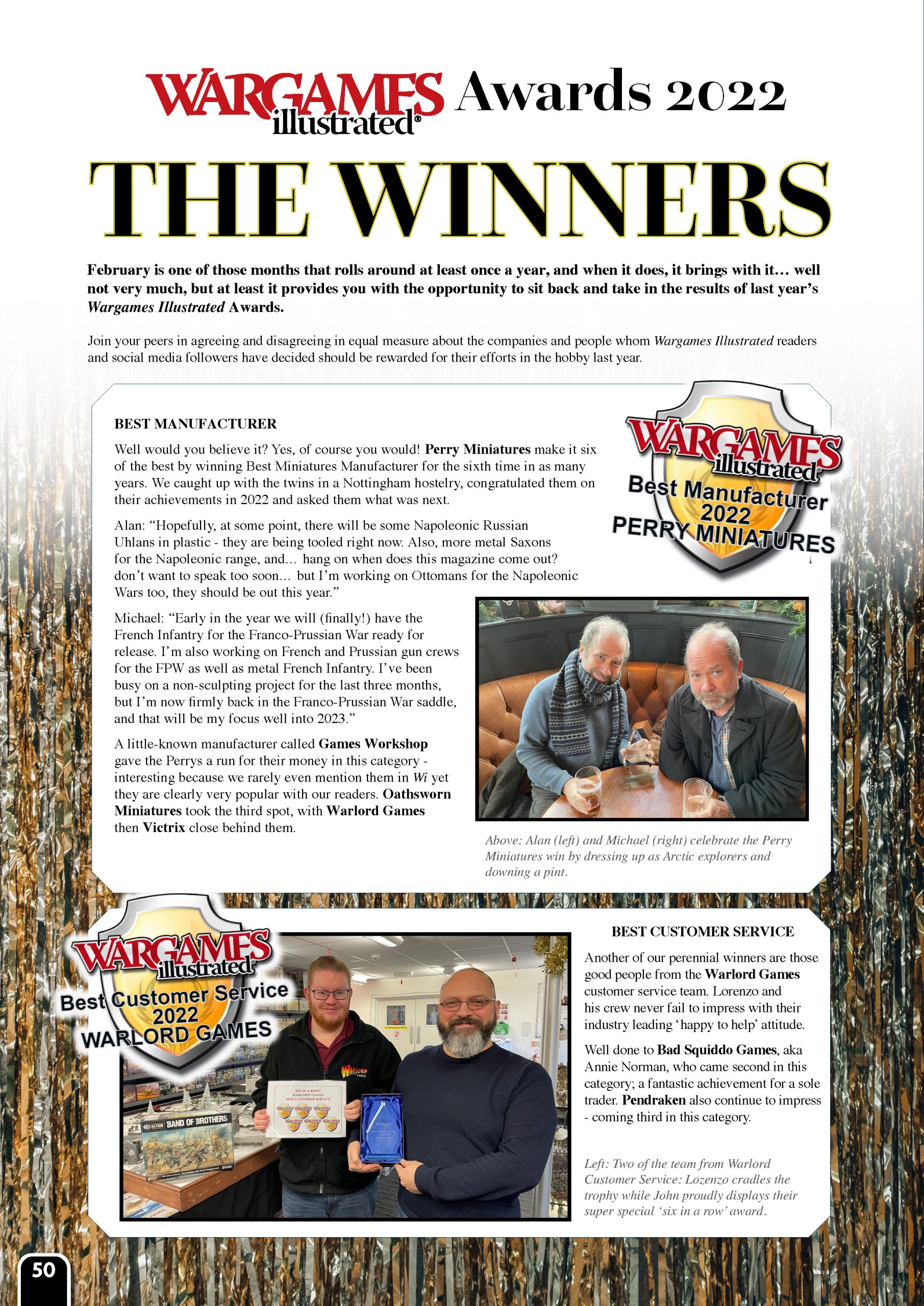 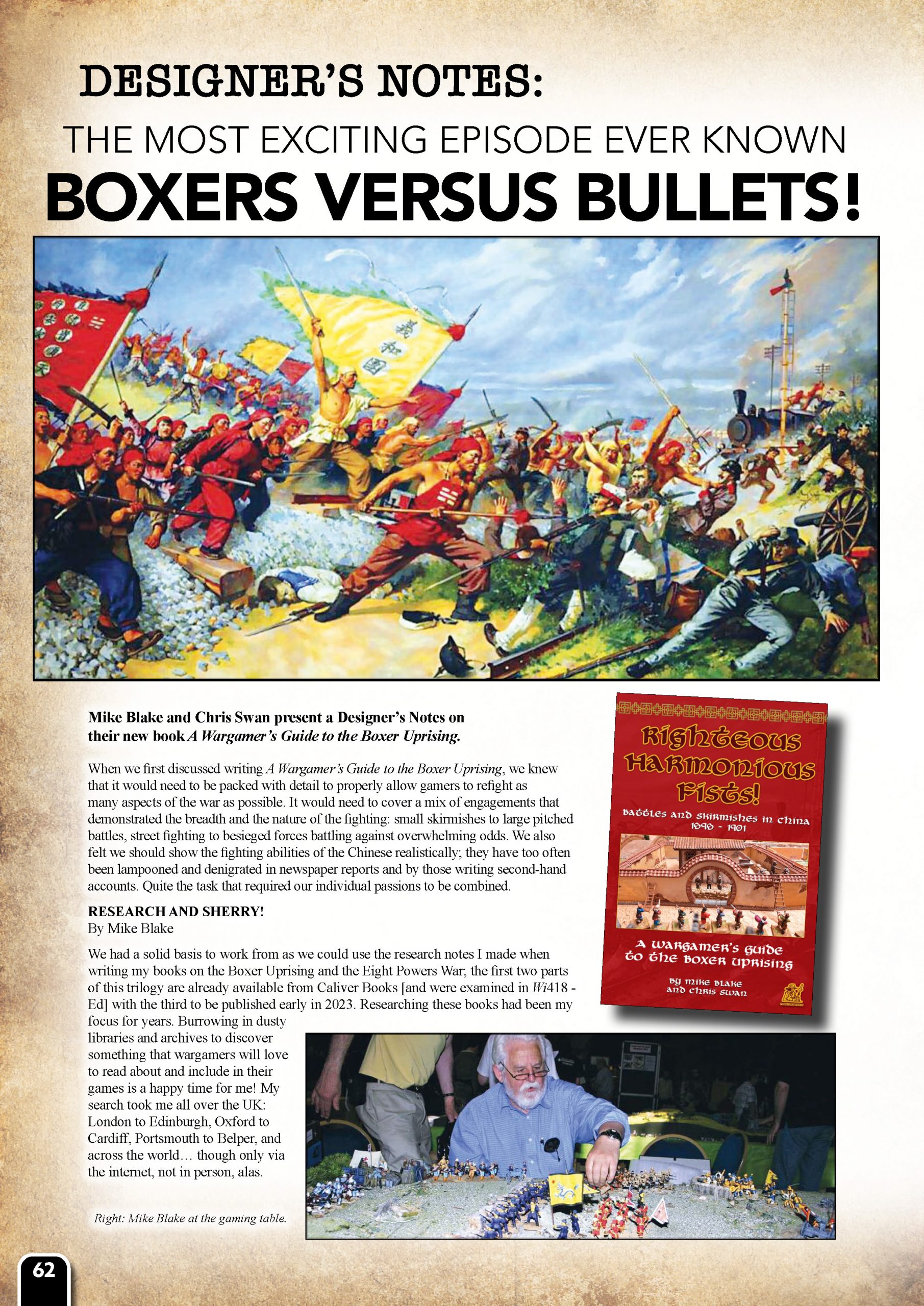 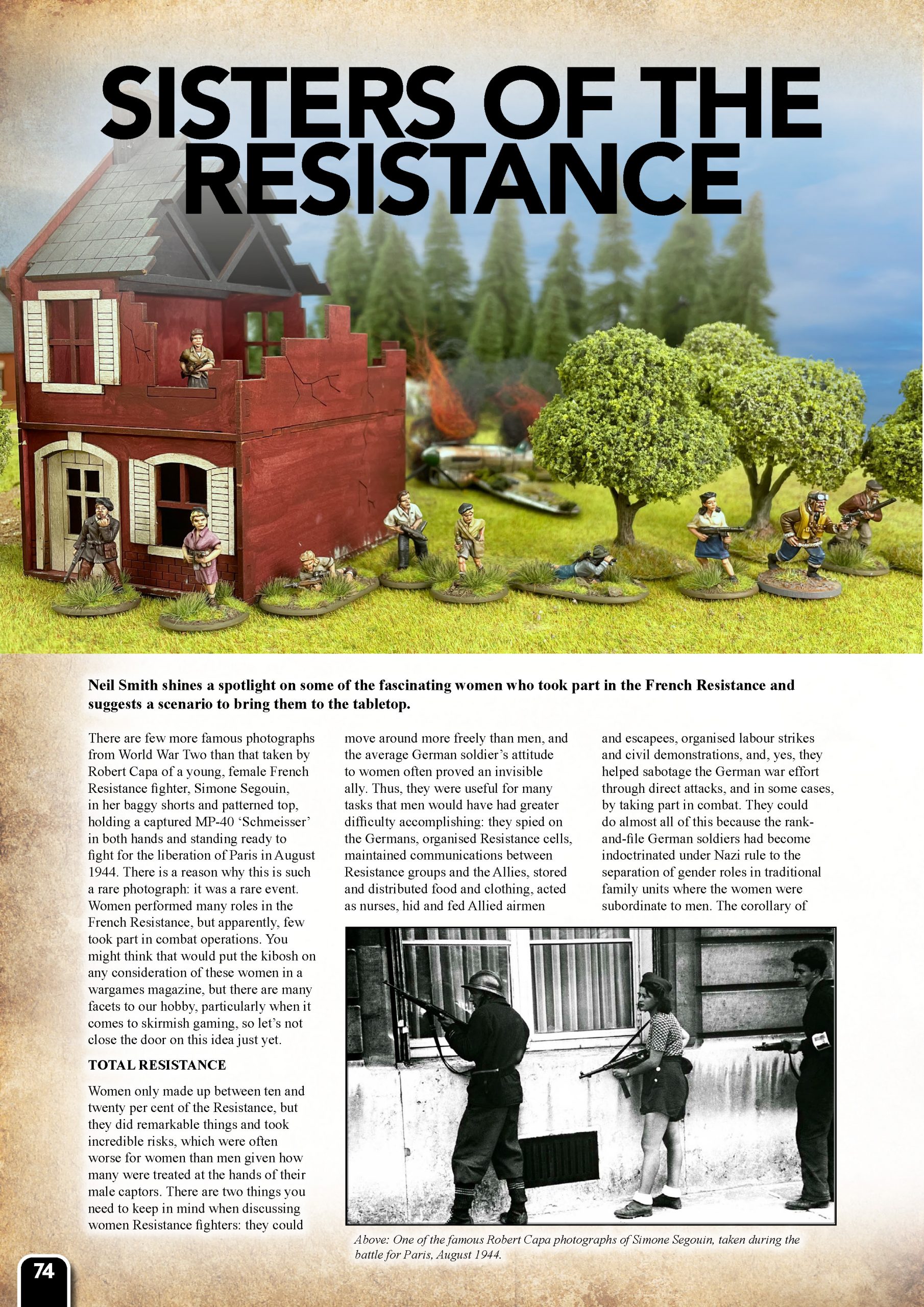 37 in stock (can be backordered)

Insurgency. Noun. An insurgency is a violent attempt to oppose a country’s government carried out by citizens of that country. A great background to a wargame.

The first part of the above quote comes from the Collins English Dictionary, the second part comes from us. Insurgency is the theme of this month’s magazine. It’s one of our theme ideas that is hopefully broad enough to appeal to everyone, and exciting enough to spark an interest in any wargamer.

We’ve got some great insurgency-inspired articles for you, having scoured the history books and various rulesets, we are taking in: the French Resistance during World War Two, the Boxer Rebellion, and the Makhnovist Insurgency during the Russian Civil War. We begin our dive into wargaming insurgencies with Chasing the Wind on page 30, in which Pete Brown sets the scene for gaming “violent attempts to oppose a country’s government” with the help of some exclusive photos of Perry Miniatures’ new Napoleonic Spanish Guerrillas, also seen below.

We are also big on 3D printing this month. We continue to expand WiDigital with new 3D print files available for our WiPrime members, which we detail on page 36, but we also take a wider look at the world of 3D printing with the help of our probing reporter Dom Sore (page 85), and we share our own journey into a future method of miniature production with Growing an Army from Scratch on page 36.

WiDIGITAL
WiPrime Members can download a selection of exclusive STL files every month to print, paint, and game with. This article covers our February selection.

THEME:
CHASING THE WIND
Pete Brown introduces this month’s theme with an assortment of Insurgency campaign possibilities you can play out on the tabletop.

GROWING AN ARMY FROM SCRATCH
Wargames Illustrated’s Office Manager Ian has become our 3D printing champion over the last few months. In this article, he shares what he learned while getting to grips with our ELEGOO Mars 3 Pro.

THEME:
THE MAKHNOVIST INSURGENCY
Simon Fletcher tells us about a miniature insurgent force he has put together and provides background information for the anarchist army of Nestor Makhno.

Wi 2022 AWARDS
Sit back, relax, and take in the results of last year’s Wargames Illustrated Awards.

HOW TO…
MAKE A RUSSIAN ARMOURED LOCOMOTIVE
Paul Davies gives a Sarissa MDF kit some love (and extra armour) to build one of the many armoured trains from the Russian Civil War.

THEME:
DESIGNER’S NOTES – THE MOST EXCITING EPISODE EVER KNOWN – BOXERS VERSUS BULLETS!
Mike Blake and Chris Swan present a Designer’s Notes on their new book A Wargamer’s Guide to the Boxer Uprising.

ADVANCED TRIREME PAINTING
Callum France shares how to paint an Athenian vessel that would take pride of place in any display cabinet!

THEME:
SISTERS OF THE RESISTANCE
Neil Smith shines a spotlight on some of the fascinating women who took part in the French Resistance and suggests a scenario to bring them to the tabletop.

THE FOURTH PUNIC WAR
Daniel Mersey’s fascinating new project mixes up his Xenos Rampant rules, the Mark’s Little Soldiers miniature range, and a dash of ‘what if?’ history.

A WORLD OF DIGITAL MINIS
Dom Sore details some of the companies offering STL files for home 3D printing and gets the scoop on Atlantic Digital in an interview with Wargames Atlantic’s main man, Hudson Adams.

RED DAWN SOVIET STARTER SET
David Bickley and his gaming buddy Phil Robinson get their mitts on the new bumper box set from Battlefront and waste no time in getting the models conscripted into their ranks.