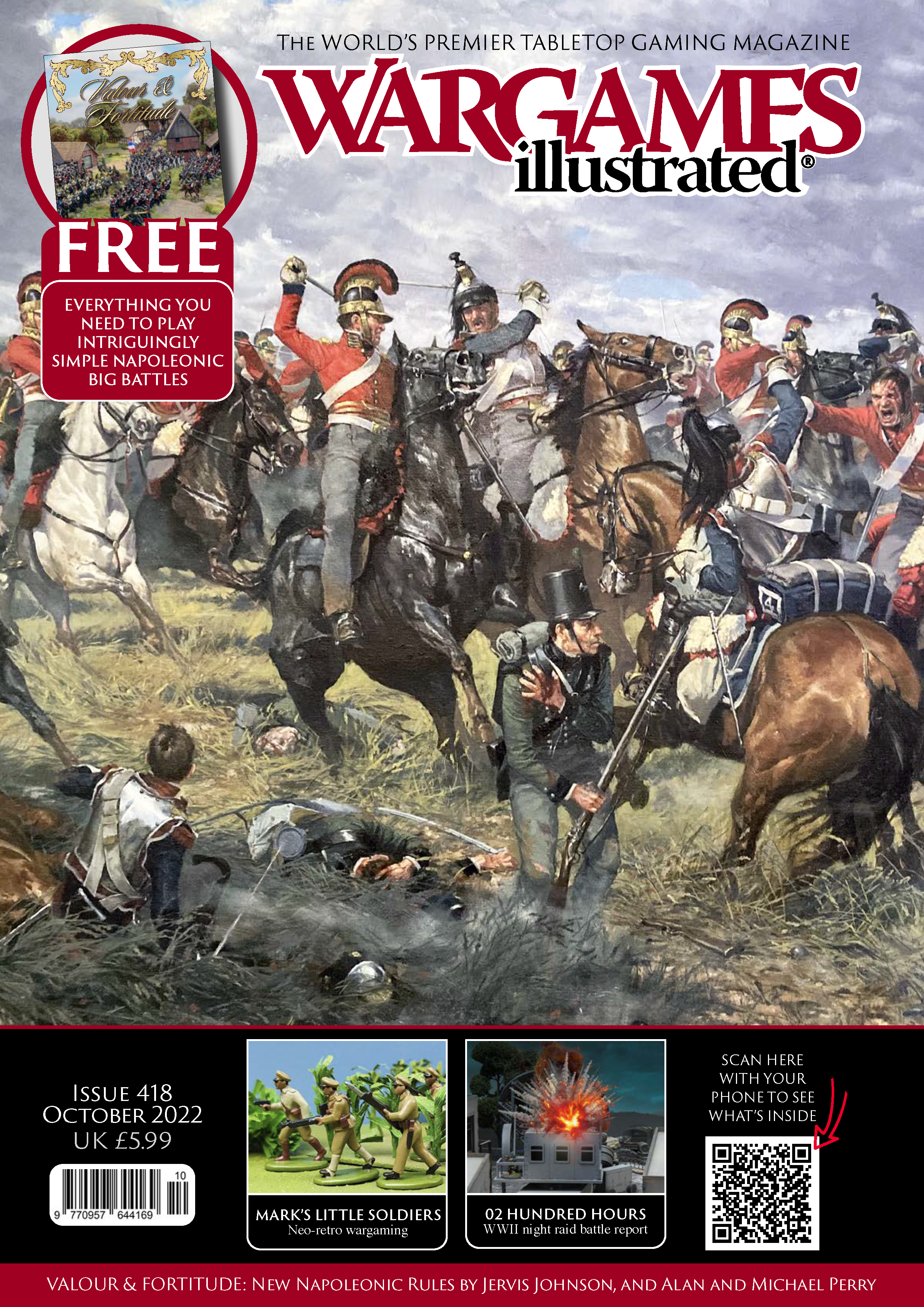 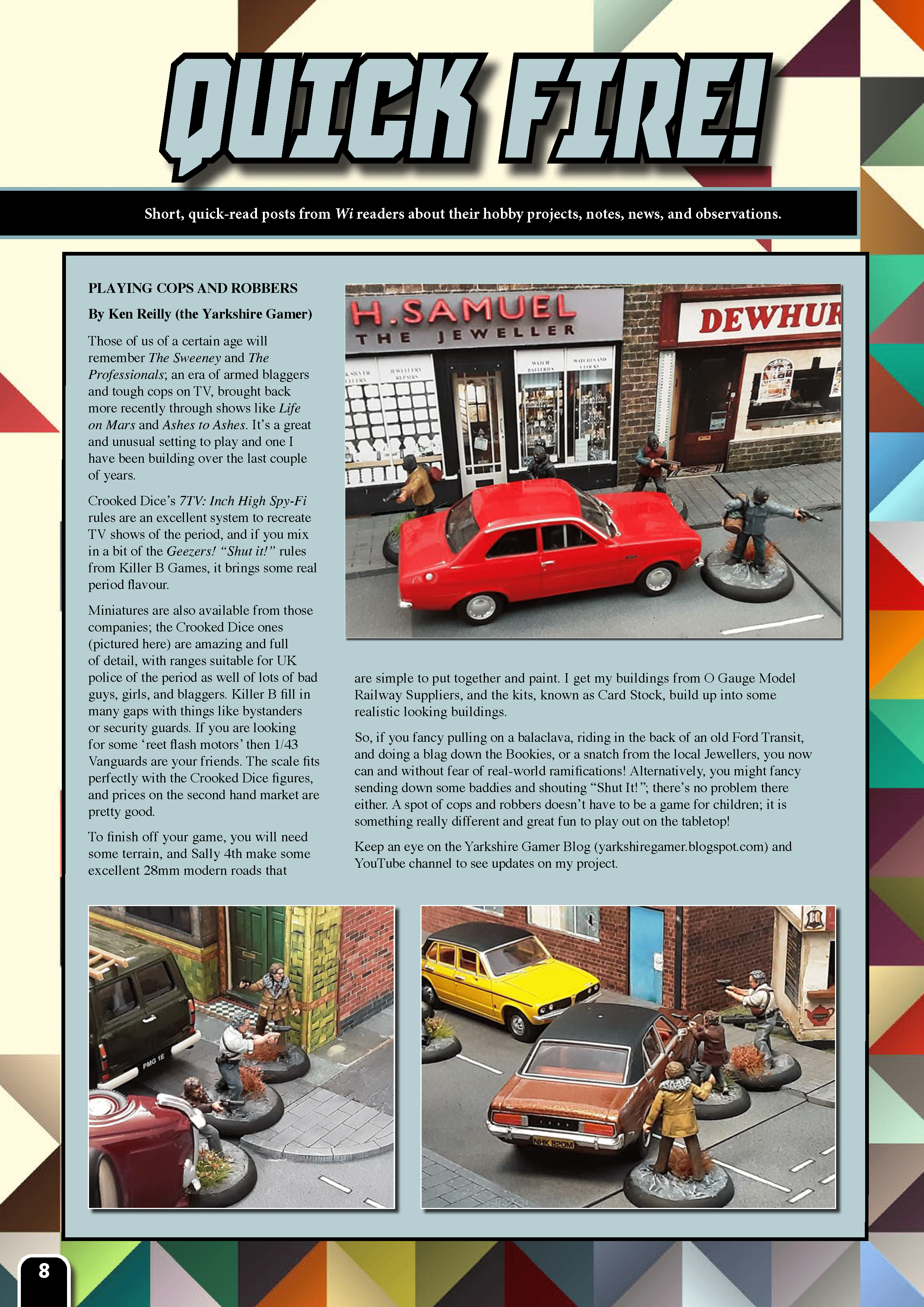 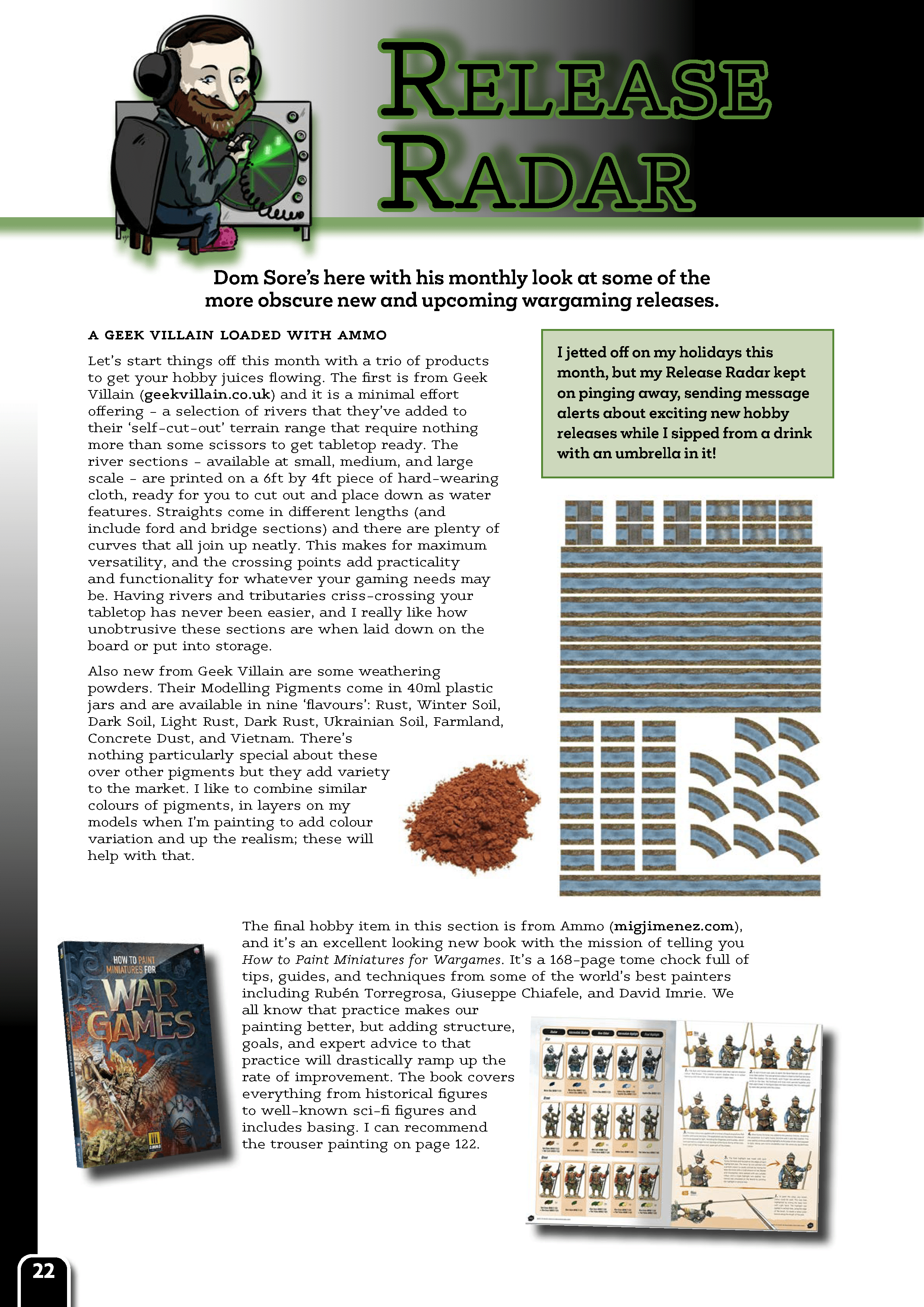 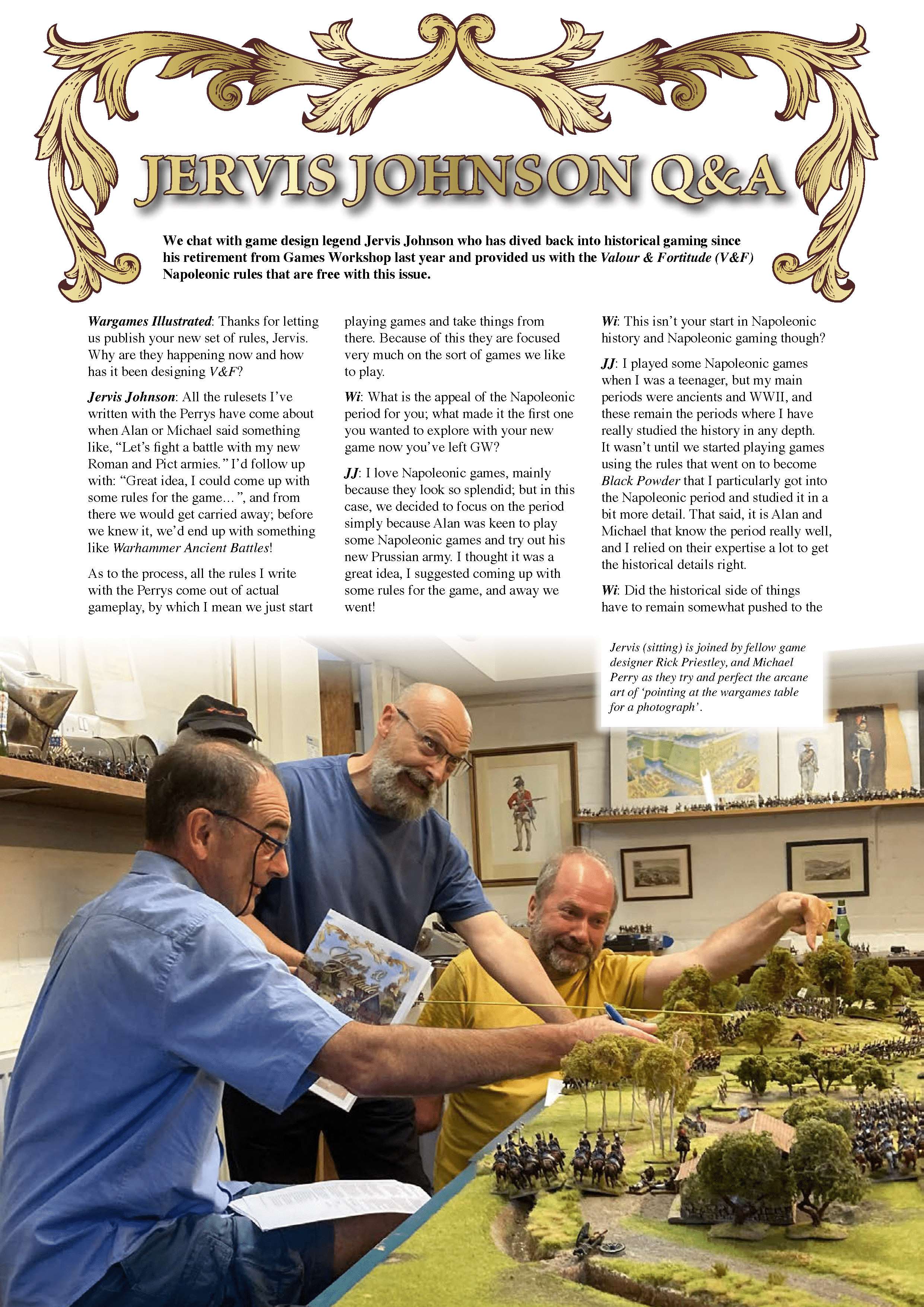 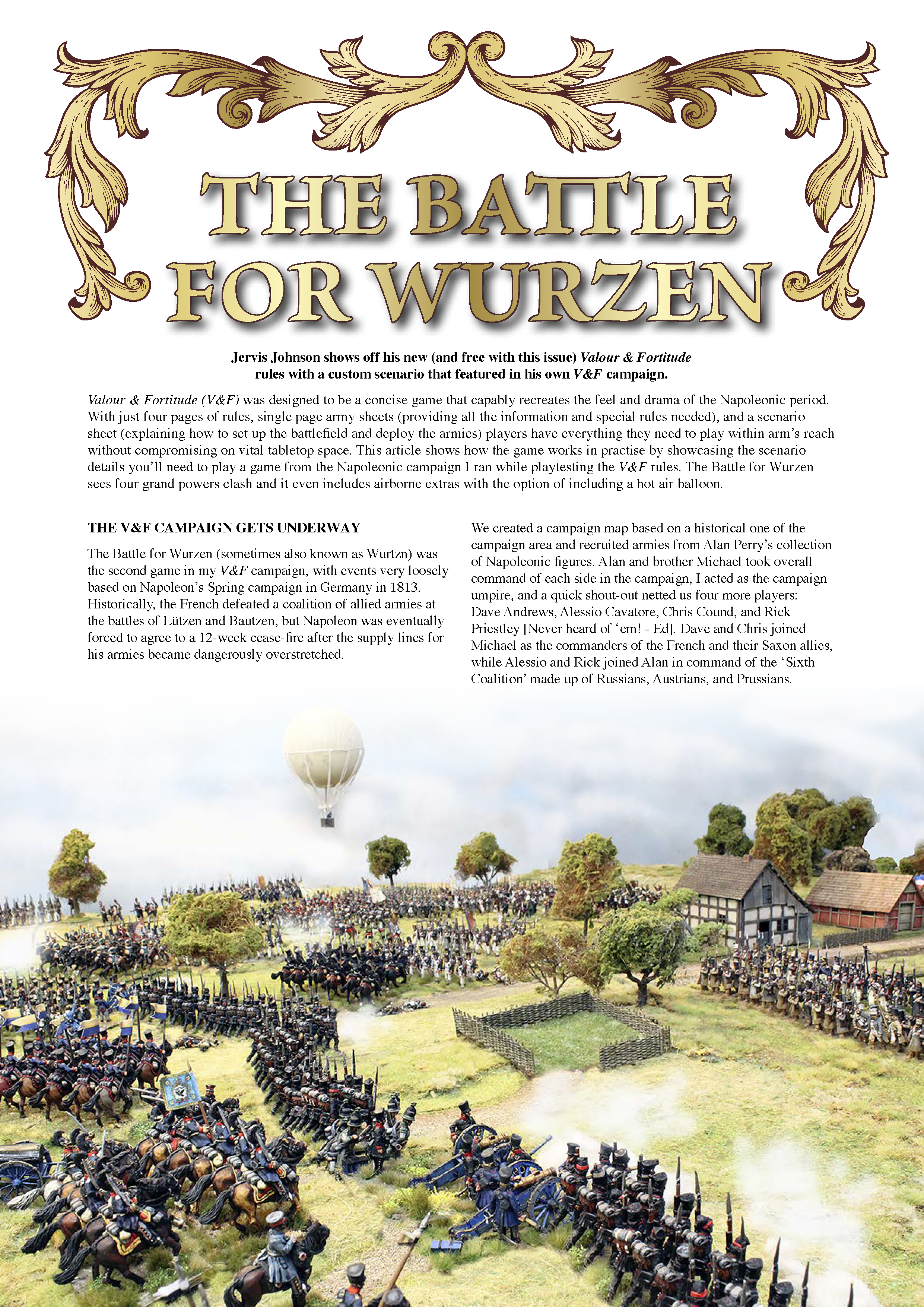 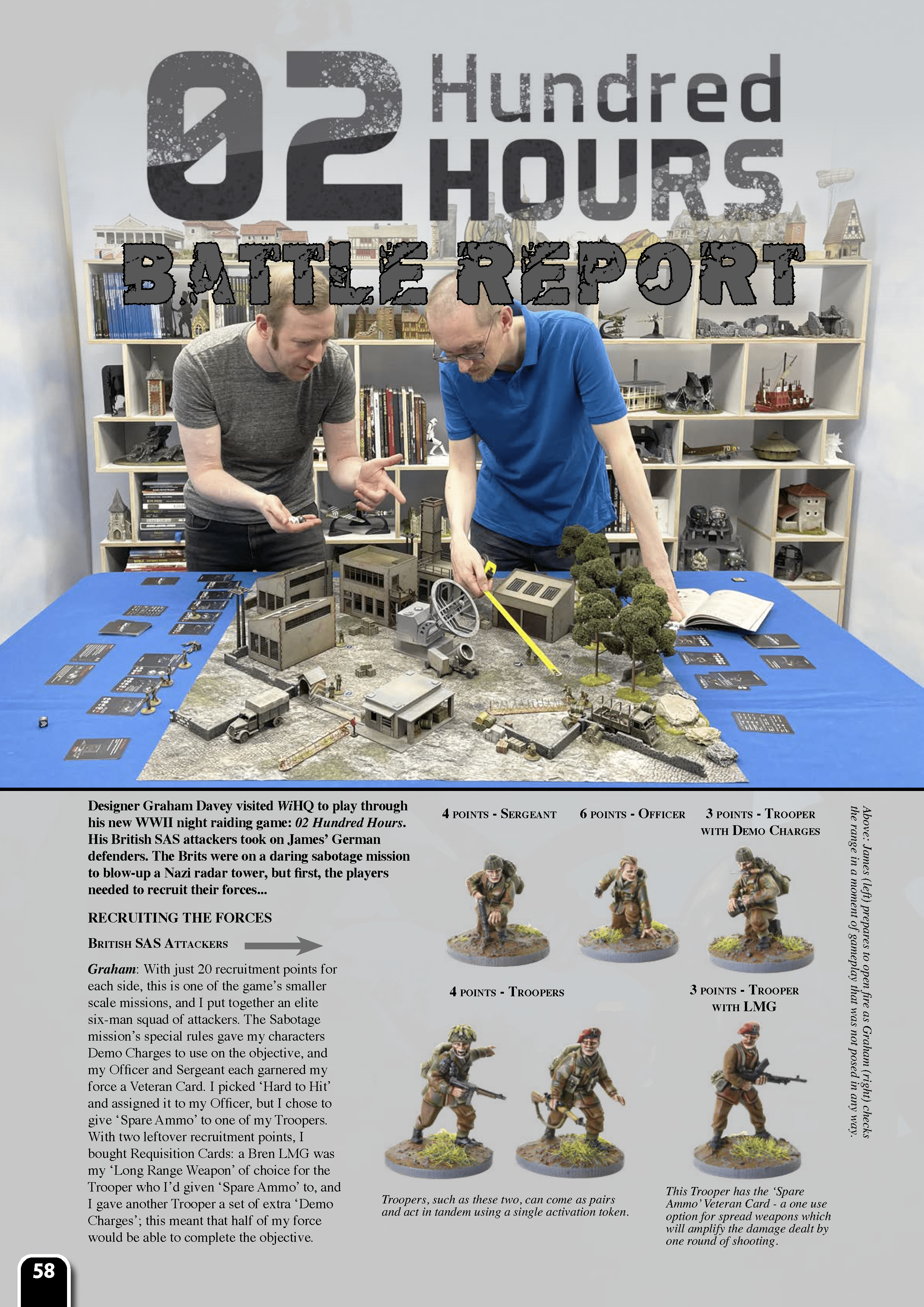 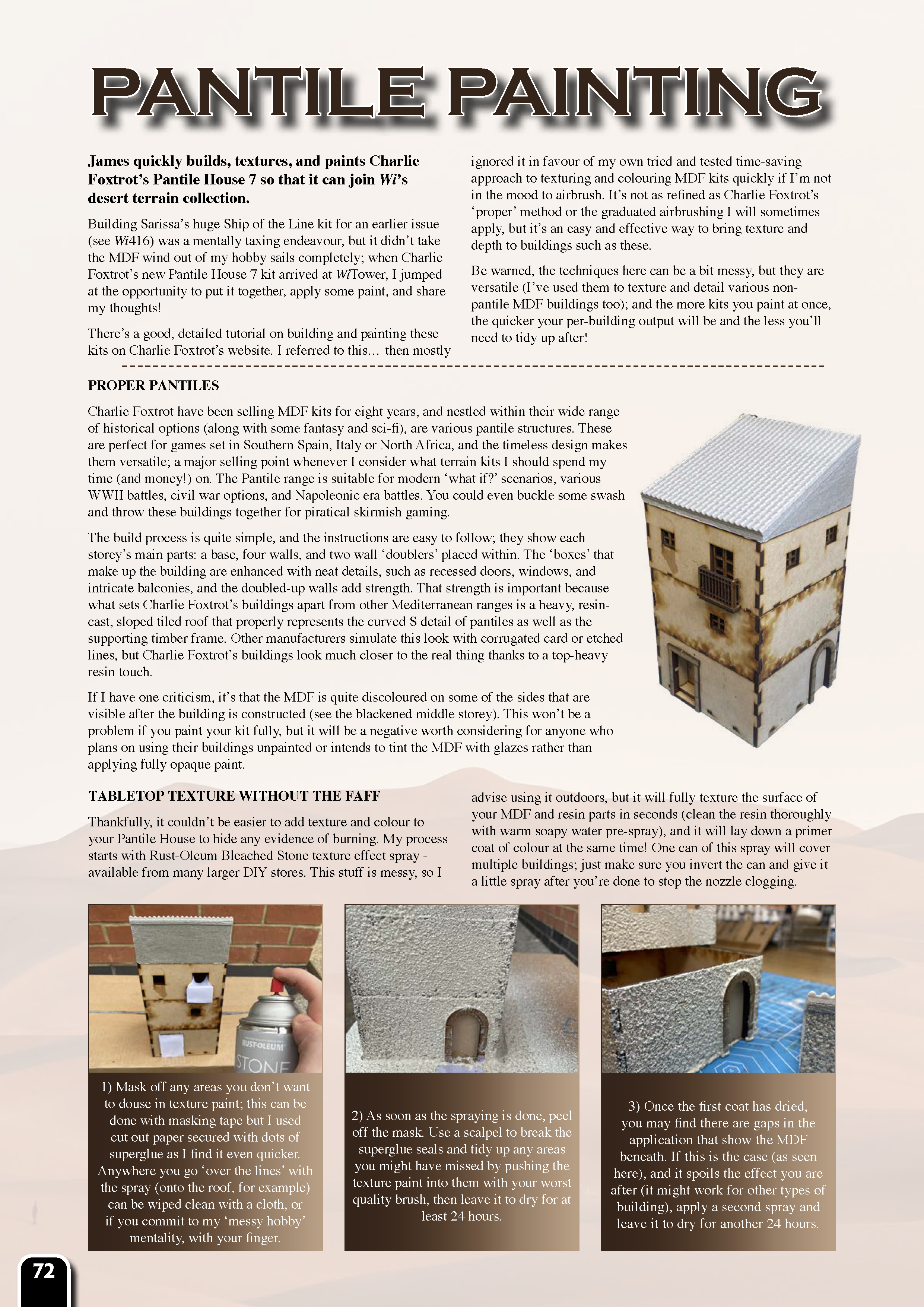 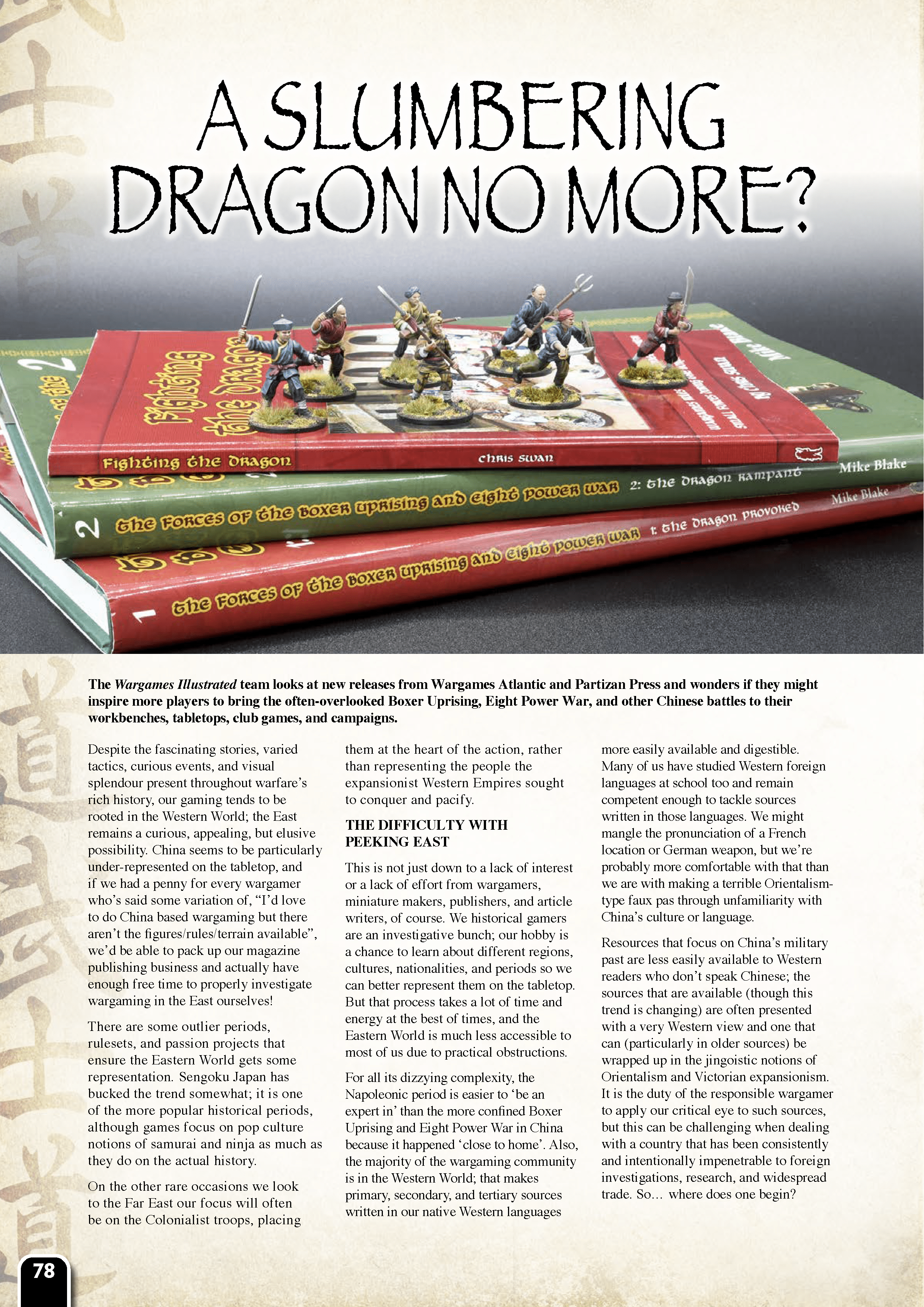 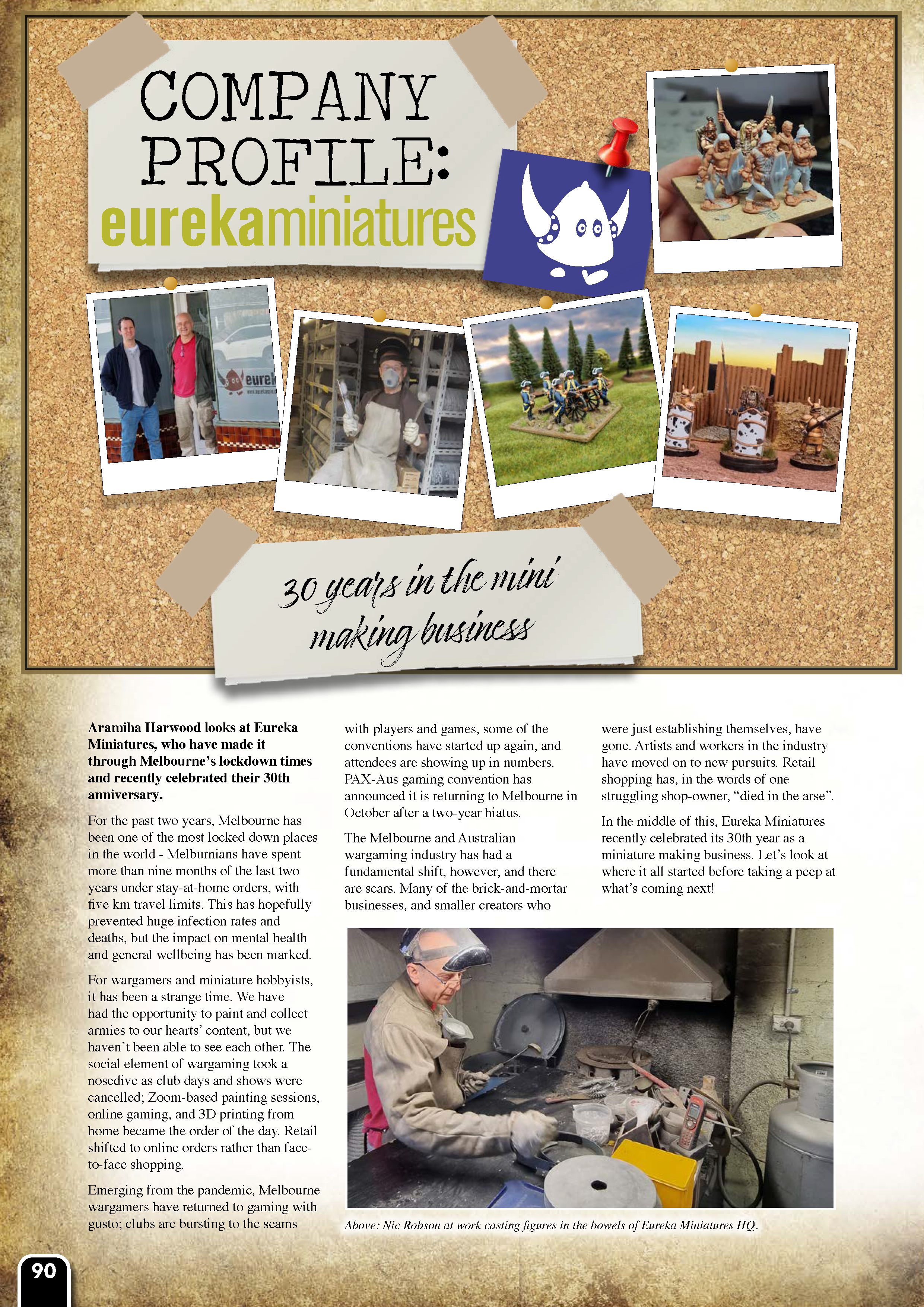 What a special treat we have for you lucky people this month! Bagged free with the printed issue of Wargames Illustrated magazine (and included as a PDF for WiPrime Members) we have a complete and exclusive set of wargames rules by one of the world’s premier tabletop battle games designers; Jervis Johnson – his first set of rules since retiring from Games Workshop in 2021. Valour & Fortitude is a collaboration between Wargames Illustrated, Jervis, and Alan and Michael Perry. Personally, I’m very proud that Wi has been able to be a part of the V&F project; it’s been a joy working with the aforementioned gaming luminaries and I hope you enjoy the fruits of our labours. I’ll quickly run through all the V&F content you in this issue to make sure you don’t miss out on anything:

Your Valour & Fortitude coverage extends beyond this magazine, with more Army Lists (Russian and Austrian) and a PDF version of the rules available to download for free from the Perry Miniatures website: perry-miniatures.com.

We hope you enjoy everything Valour & Fortitude has to offer and we have much more in the magazine besides: an interview with sculpting genius Mark Copplestone about his new range of neo-retro interwar figures, World War Two night raids from Grey for Now Games, Desert War painting, Britcon, and more!

OBSERVATION POST
Your monthly roundup of notable new releases in the hobby.

THEME:
VALOUR & FORTITUDE JERVIS JOHNSON Q&A
We chat with game design legend Jervis Johnson who has dived back into historical gaming since his retirement from Games Workshop last year and created the Valour & Fortitude Napoleonic rules.

PSEUDO-NOSTALGIA WITH MARK’S LITTLE SOLDIERS
Wi’s James asks sculpting legend Mark Copplestone about his changing wargaming tastes, how his new inter-war range finds beauty in simplicity, the progress being made with the Mark’s Little Soldiers wargame, and what the heck ‘pseudo-nostalgia’ means!

THEME:
THE BATTLE FOR WURZEN
Jervis Johnson shows off his new (and free with this issue) Valour & Fortitude rules with a custom scenario that featured in his own V&F campaign.

NORTH AFRICA PAINTING PART TWO: A SECOND PASS
Last issue, Callum painted North Africa-themed Bolt Action figures in half an hour; this time around, he paints the same models for an additional half an hour, using different painting approaches to elevate their look.

THEME:
THE BATTLE FOR WURZEN PLAYTHROUGH
In this pictorial battle report, an assemblage of wargaming’s elite come together to contest the Battle for Wurzen. With terrain and miniatures from Alan Perry’s magnificent personal collection.

THEME:
VALOUR & FORTITUDE. ARMY LISTS, FATE TABLES, AND SPECIAL RULES
Jervis Johnson presents sheets for French and Prussian Napoleonic armies which will serve you well in any gaming that takes place during the War of the Sixth Coalition, the Hundred Days Campaign, and beyond.

BRITCON 2022
After a two-year hiatus, the British Historical Games Society returned with their prestige event, Britcon 2022. The show had moved from Manchester University to Nottingham Trent University, so Wargames Illustrated took a shorter than usual trip to check out the new venue and chat with organiser Tim Porter.

A SLUMBERING DRAGON NO MORE
The Wargames Illustrated team looks at new releases from Wargames Atlantic and Partizan Press and wonders if they might inspire more players to bring the often overlooked Boxer Uprising, Eight Power War, and other Chinese battles to their workbenches, tabletops, club games, and campaigns.

WHITERUN GUARD
Wi’s Painter Callum completes a group of Whiterun Guard, ready to defend Dragonsreach in the Skyrim Civil War, highlighting techniques that can be used on loads of different fantasy and historical figures.

INSIDER INTERVIEW:
EUREKA MINIATURES
Aramiha Harwood looks at Eureka Miniatures, who have made it through Melbourne’s lockdown times and recently celebrated their 30th anniversary.