Log in / Sign up
My cart 01
View basket “A Couple of Bastards” has been added to your basket. 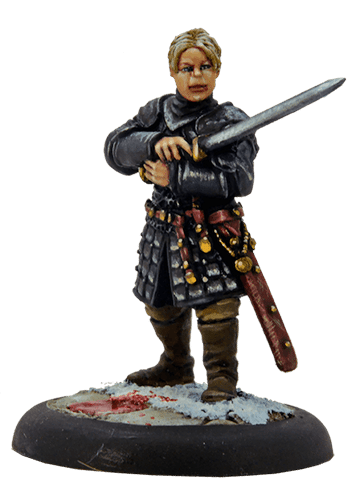 6 in stock (can be backordered)

“Since I became a knight, men have mocked me. Right until they taste my sword.”

The Warrior Woman epitomizes the chivalric code: loyal, honest, noble and willing to defend those who cannot. Yet she is also a tragic character, forced to wander in search of a home, always seeking a master or quest. She has found that her honourable beliefs have been challenged on many occasions by the betrayal and deceit of others. She is a skilled fighter, wears a fine suit of armour and carries a well-crafted sword. Whether she finds herself in a tavern brawl or upon the battlefield, is unflinching in the face of danger. Her self-doubt is the one enemy she cannot yet overcome but woe betide those who would openly belittle her or those she serves.