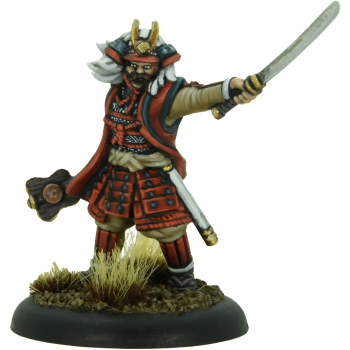 Takeda Shingen – The Tiger of Kai

11 in stock (can be backordered)

Takeda Shingen was one of the late Sengoku period’s most powerful daimyōs, able to combine military might with diplomatic and domestic intelligence.

The first-born son of Takeda Nobutora, he rebelled against his father in a bloodless coup, taking control of the Takeda clan in 1540 and finding many military successes in the following 20 plus years.

He famously re-armed his horse-archer samurai with spears, turning them into lancers. The Takeda cavalry soon became feared, their shock charges crashing into enemy lines and clinching victory after victory.

View Takeda Shingen – The Tiger of Kai in 360 degrees below!

Wargames Illustrated
Via our webstore or at shows.