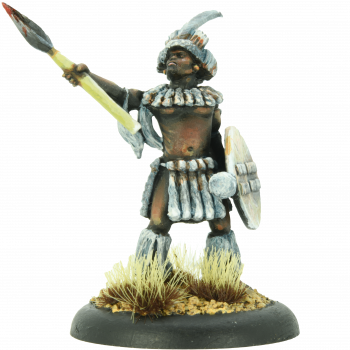 1 in stock (can be backordered)

At the dawn of the 19th Century, the Zulu were a small undistinguished tribe living near the east coast of southern Africa, but in the 1820s they expanded their domain at breath-taking speed, conquering a swathe of surrounding peoples and sending thousands more fleeing before them. The man most credited for pioneering the Zulus’ astonishing rise was the great military strategist and king, Shaka. Shaka Zulu’s reign coincided with the start of the “Crushing” – a time of devastating warfare and chaos across southern Africa.

View Shaka Zulu in 360 degrees below!

Wargames Illustrated
Via our webstore or at shows.