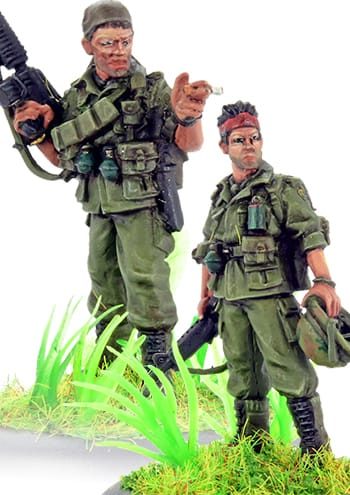 “I am your new reality.”

Sergeant Burns is a veteran of the War in Vietnam, on his third tour, which means he’s seen it all and done even more. As one of the senior sergeants in the platoon, his job is to keep his men alive, maintain order and make the ‘New Meat’ fit in. By any means necessary…

Private First Class Noble has recently arrived. He attempts to use the logic back in ‘The World’ in a place where such logic means nothing. Can he keep his integrity in the face of life in the ‘Nam, where the enemy sometimes seems like the other soldiers around you as much as the VC?