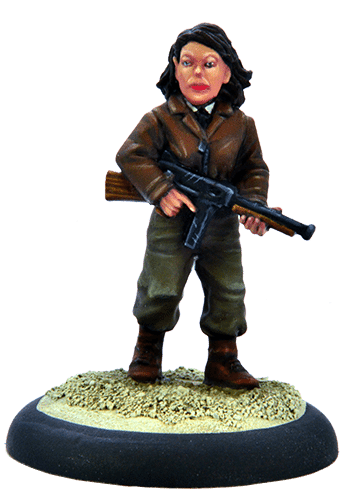 “Sometimes the best man for the job is a woman.”
Agent Peggleton

Agent Peggleton is a woman in a man’s world – and she’s better than most of them. A veteran of countless special operations during World War Two, she continues to use her prodigious analytical and combat skills to investigate threats to Democracy and overcome the enemies of Freedom. With her cut-glass British accent and her classical looks, she’s a devastatingly attractive woman who can be relied upon to use her feminine wiles and combat skills in equal measure. She wields her trusty Thompson submachine gun in her quest for justice. At times, she suffers at the hands of the sexism endemic to the late 1940s, constantly striving to prove herself.