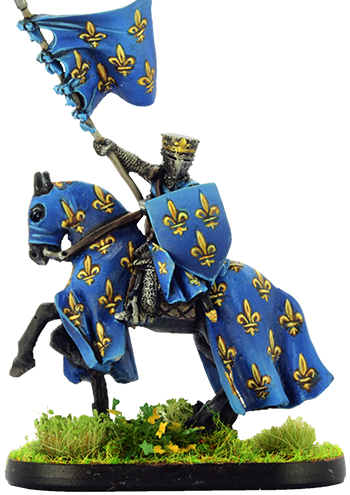 Following campaigns against the Cathars in Southern France, the young and ambitious French Prince Louis (later King Louis VIII – The Lion) led an invasion force across the channel, rallied the English nobles against King John, invested in London and took control of half of England, before his army was eventually defeated at the Battle of Lincoln Fair in 1216. This figure represents an early 13th Century knight in all his glory and whilst being based on Prince Louis could equally represent any warrior nobleman of the period.