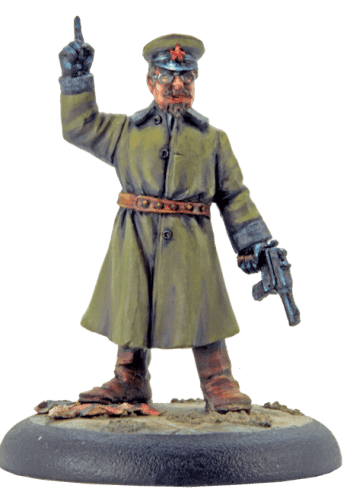 “Learning carries within itself certain dangers because out of necessity one has to learn from one’s enemies.” Leon Trotsky

Leon Trotsky may be better known for his political work, but was also the first Head of the Red Army. He recognised the fundamental problems with its organisation and set about creating a more efficient system of discipline, conscription and the use of training to create a better force, just in time for the Russian Civil War. He introduced the Political Commissar system into the Red Army, which grew to 3,000,000 under his guidance. He often visited the front line, where his oratorical skills and strategic sense instilled confidence in those placed under his command. He was not averse to taking part in some aspects of operations and was able to maintain excellent awareness of what was happening across the field of battle.

Wargames Illustrated – via our webstore or at shows.