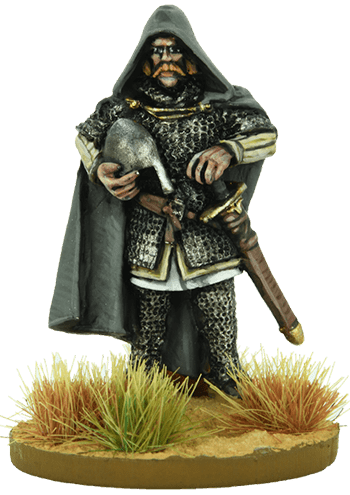 4 in stock (can be backordered)

From their humble beginnings around 1125AD, within a few decades, the Templar Knights had become one of the greatest powers in Christendom. At their peak, they held land from Scotland to the Jordan River. Hugues de Payens was the co-founder and first Magister Militum Templi (Master of the Knights of the Temple) of this most notorious Christian military religious order, leading them for almost 20 years, until his death.

Click below to view Hugues de Payens (The First Templar) in 360 degrees!