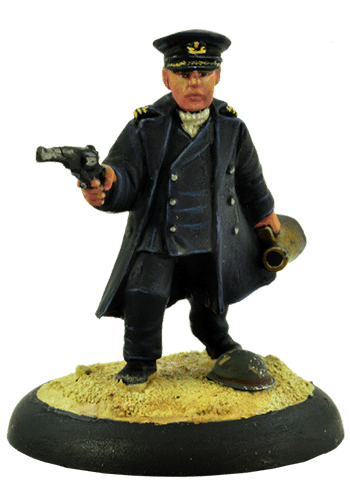 We must be very careful not to assign this deliverance the attributes of a victory.

Wars are not won by evacuations.

William Tennant was a professional sailor, with a distinguished career in the Royal Navy. The nickname he was given by ordinary sailors – ‘Dunkirk Joe’ – indicates the key role he played in the evacuation of the British army in the dark days of 1940. Many say that without his cool head and organisational skills Operation Dynamo – as the evacuation was known – would not have been the success it was.

In 1940 William Tennant was a Captain, and arrived on the beaches of Dunkirk aboard the destroyer HMS Wolfhound. His job was to act as ‘Beachmaster’, which in reality meant organising almost 400,000 tired and dispirited troops, and getting them aboard Royal Navy vessels via the infamous ‘Molle’ jetty and onto the armada of small boats that had sailed for England to rescue them. He arrived at Dunkirk on May the 26th and stayed there until June the 2nd, during which time 378,829 troops, including 120,000 French soldiers, were rescued. Even then Bill Tennant stayed almost to the end, patrolling the length of the beach calling through a megaphone “Are there any British soldiers still ashore?”

We’ve decided to portray him as played by Kenneth Branagh in the 2017 movie Dunkirk. He wears an RN officer’s greatcoat and is depicted with a 1940’s style megaphone as he patrols the beach, service revolver in hand.