Log in / Sign up
My cart 01
View basket “Django and Coffin” has been added to your basket. 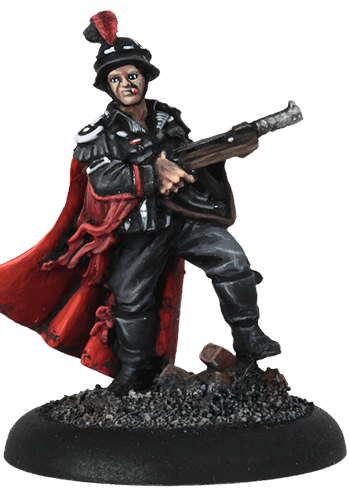 Who is Captain K??

It might be easier to explain who Captain K isn’t, rather than who he is – he’s not a character from the 2019 movie Jo Jo Rabbit. He shouldn’t be mistaken for the Nazi officer who trained Hitler Youth recruits and took part in the defence of ‘the city’ following the invasion of Soviet troops, whilst dressed in an elaborate homemade outfit. He certainly wouldn’t say “Today you boys will be involved in such activities as marching, bayonet drills, grenade throwing, trench digging, map reading, gas defence, camouflage, ambush techniques, war games, firing guns and blowing stuff up. The girls will practice important womanly duties such as dressing wounds, making beds and learning how to get pregnant.”