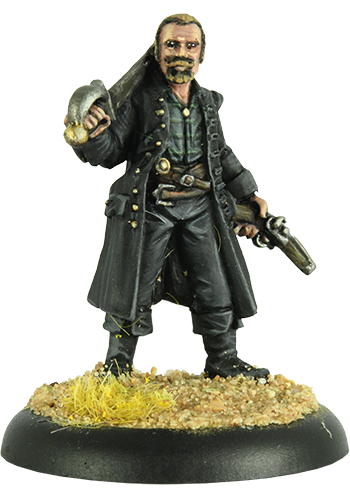 8 in stock (can be backordered)

“We’re all monsters to someone”

Captain J. Flint is one of the main characters in the book Treasure Island. In Stevenson’s book, Flint was the captain of a pirate ship, The Walrus, which accumulated an enormous amount of captured treasure, approximately £700,000. Flint and six members of his crew bury the plunder on an island located somewhere in the Caribbean. Flint then murders his six assistants, leaving the corpse of one, Allardyce, with its arms outstretched in the direction of the buried treasure. He is a ruthless man, who expects the best from his crew. His origins are somewhat mysterious, some say he is the bastard child of Blackbeard, others that he once served in the British Royal Navy.