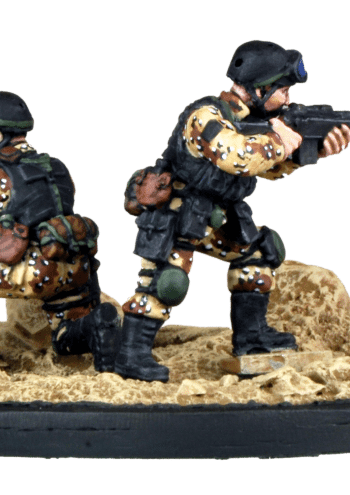 Of the many impactful stories that war creates, a handful have captured the attention of the world, stories like that of the action that would be later known as the first Battle of Mogadishu, encapsulated in the phrase “Black Hawk Down”.

Of all the forms of warfare, fighting in an urban environment is among the most difficult to prosecute successfully. Soldiers have known that from Sparta to Stalingrad. Moreover, the enclosed city landscape is the great equalizer where poorly armed forces can fight the most technologically advanced armies. It should have come as no surprise then to the American forces in Mogadishu in 1993, that any expedition sent into the heart of the Somali capital was fraught with danger.
The ill-fated American adventure in Somalia began in 1992 in response to the humanitarian crisis sweeping that country in the wake of a vicious civil war. In 1993, the United Nations shifted its emphasis from humanitarian support to controlling territory. The factions in Somalia would have to agree to that, and they did, except for one under the command of General Mohamed Farrah Aidid. Indeed, so opposed was Aidid to the United Nations mission that he launched an attack on a Pakistani army contingent, killing 24. The UN reaction was to call for the arrest of Aidid, and the American commander on the ground ordered a mission into the centre of Mogadishu to capture him.
The plan was simple: an assault force would go in by helicopter under the cover of darkness on 3 October to secure Aidid’s compound. A supporting force on the ground would simultaneously drive through the city and bring out the combat troops and their prisoners. Executing the plan, however, would prove more difficult. The first crisis came almost immediately when Somali militiamen shot down a Black Hawk helicopter using a rocket propelled grenade. A rescue mission that landed to save the Black Hawk’s crew also came under heavy fire and they were forced to build a barricade for protection. The relieving ground force also ran into problems, finding its way blocked by Somali militia, and was late getting to the scene. Then a second Black Hawk came down, the victim of another RPG. The assault team now began a major rescue mission with around 90 American soldiers moving out into the streets to bring back the helicopters’ survivors. The weight of Somali fire soon bogged them down too and the night became a desperate fight for survival.
Two Special Forces snipers, SFC Shughart and MSG Gordon, rappelled down to the second crash site to help the survivors. They came under sustained fire but the two soldiers traded fire with equal vigour, killing many militiamen and holding them back. The incoming heat was too much: Gordon went down and Shughart gave his weapon to the surviving pilot, Michael Durant. Shugart maintained his fire for a few minutes more before he too was killed. The Militiamen moved in, killing the remaining crewmen except for Durant who was taken prisoner. Gordon and Shughart each received a posthumous Medal of Honor for their heroism.
On into the night the two sides fought, neither gaining the decisive edge. Help arrived in the shape of a large UN convoy, including Pakistani tanks. Even so, some of the Americans had to make a run for home through the hostile streets along what would be called the “Mogadishu Mile”. When dawn came, the American position was surrounded by Somali dead, perhaps hundreds of them. Nineteen Americans and a Malaysian soldier also died in this, the first Battle
of Mogadishu.