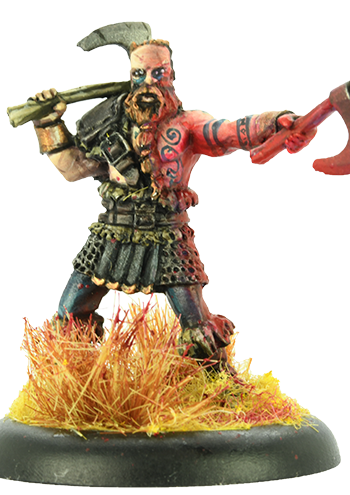 “The heroic mould by which others came to be judged.”

Beowulf and his saga is perhaps one of the best-known tales from the Scandanavian lands. In many ways, Beowulf is the template used by pretty much every hero created in fiction ever since. Brave, strong, noble and a consummate warrior, he inspires others, with his followers being true friends rather than just an entourage. Yet he’s also slightly flawed – he likes the idea of fame and glory when young, although after he becomes king, he is described as a good servant to his people. Our version of Beowulf is largely based upon the imagination of the sculptor, with some reference to the many pieces of artwork created over the years.