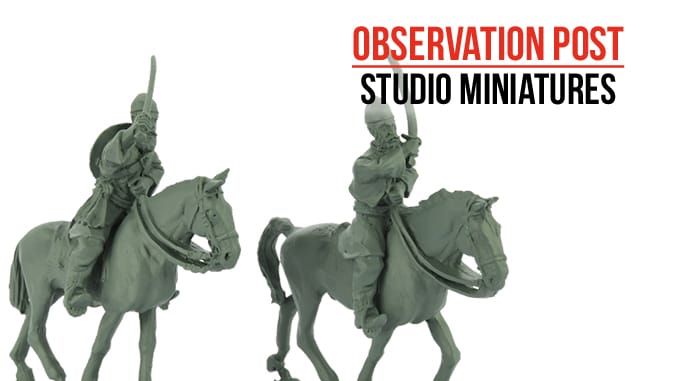 Studio Miniatures have added a new pack of Afghan Cavalry to their Afghan Wars range, which would actually be useful for most games set out on what was once the North West Frontier.

Afghan Cavalry II consists of 4 riders, all wearing the dome-shaped hard hat called a kulla. This headwear is often worn with or without a loose turban, usually by Muslim warriors.

Each figure wears traditional Afghan robes. Two of the figures wield curved swords, whilst the other two carry spears. They are fairly static riders, but fit well on their mounts, which are available separately in groups of four.

These appear to be accurately sculpted miniatures, with suitable proportions and numerous applications. They cry out for some careful painting and have enough detail to make shading and paint washes a must. Although intended to represent typical tribesmen of the 1842 Afghan War, they wouldn’t look out of place as mounted warriors throughout a number of periods, from perhaps the 17th right down until the late 20th Century and possibly beyond.