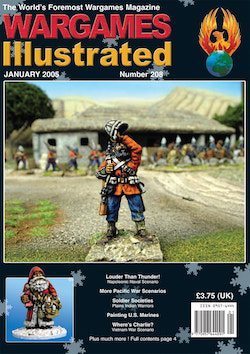 A further look at transferring conditions from World War Two in the Pacific onto the tabletop.

One Rule For You – Part Four
General

The concluding part of this series comparing two different sets of rules.

Famous American photographer Brady Macfarlane goes missing in the Vietnam jungle. A group of U.S. Marines are sent in to bring him back in this Vietnam war scenario.

The concluding part of this article examining the action around the famous farmhouse at the battle of Waterloo.

A detailed painting guild for your US Marines.