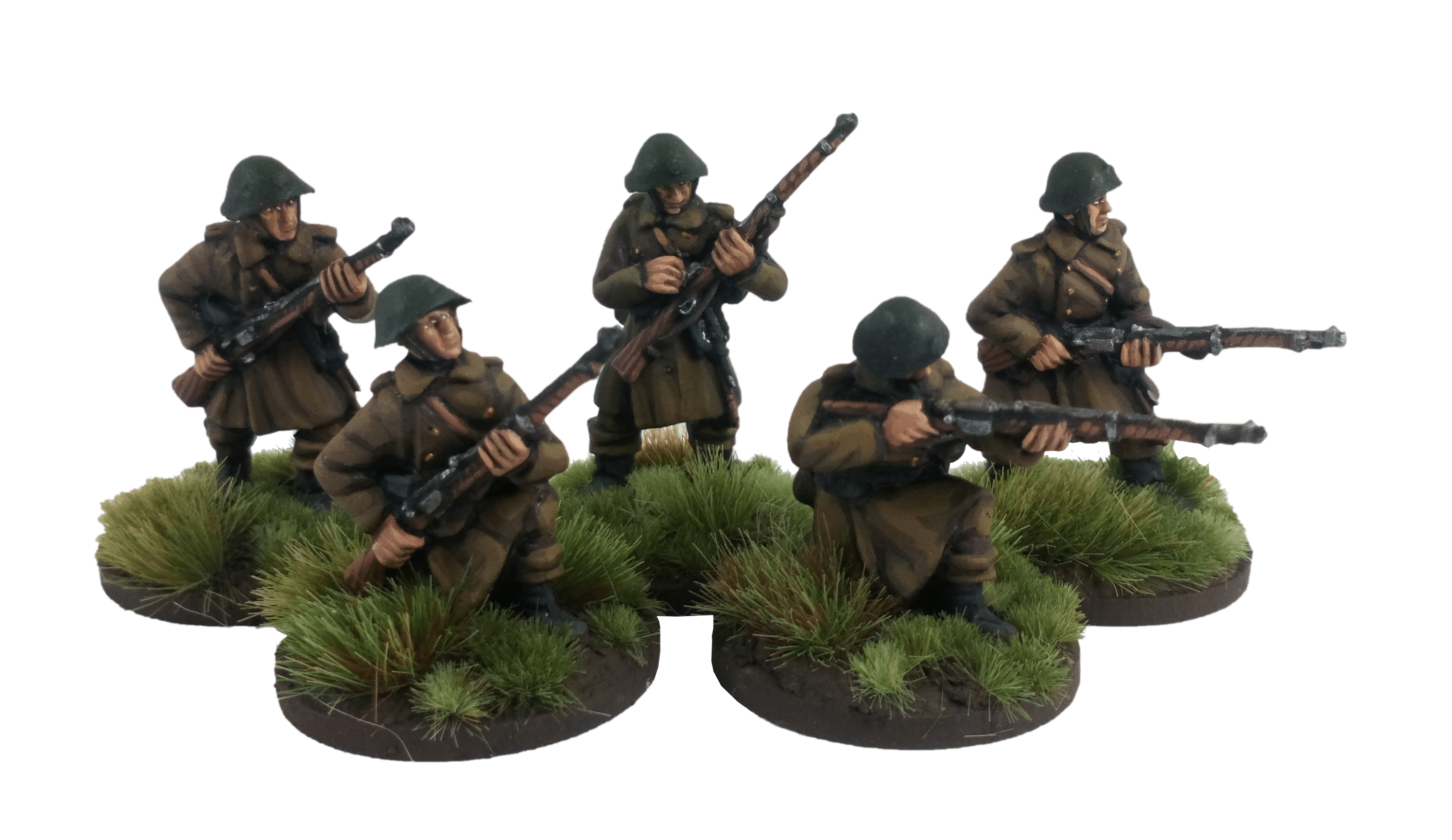 Great Escape Games ran a successful Kickstarter campaign in April of this year to bring some Danish World War II figures to the market. From this campaign came; two ten-man squads, a command pack of four figures, and a motorbike sidecar combo.

This pack has a Løjtnant, Sekondløjtnant, Runner with Bugle and Korporal. All miniatures are provided unpainted. Samples pictured were painted by Artmaster Studio and based by us here at GEG.

The figures measure 28mm from foot to eye. The casting is good, the details are crisp and the equipment looks well researched and correct. Some of the hands are a little ‘glove-like’ but that’s no big deal, it must be hard to get them ‘digitally’ correct.

Squad A is skirmishing and advancing with full packs. The NCO and 7 men carry rifles, one carries a rifle with grenade launcher, one is armed with a Madsen LMG.

The two squads feature 20 different figures, which is great for such a niche force. There are two LMG models, one getting ready to fire and the other on the move. There are also two rifle grenade figures. The runner with bugle is my favourite figure of them all – a great character figure.

Squad B is without packs as they have entered combat. As with Squad A there in a Rifle Grenade Launcher and Madsen LMG.

The motorbike and sidecar looks good and the lugs to attach the sidecar to the motorbike look very sturdy. They might not be entirely accurate but they will preserve the model. I suggest you base it as well, for more stability.

Overall, these figures are a welcome addition to the World War II 28mm market. The style is more ‘truescale’ than heroic, so these figures are slighter than some ranges on the market – keep that in mind if you are mixing and matching. With the variety on show and the promise of more support options and infantry to follow this will allow you to build a reasonable size force for any World War Two Danish action.

Great Escape Games now have a wide range of World War 28mm miniatures on offer, ostensibly in support of their Iron Cross* rule system. These Danes add to Great Escape’s existing ranges of Romanians, Hungarians, Greeks and other lesser-known participants in the war, as well as the ‘big hitters’ of Britain, America, Russia and Germany. With Bulgarians and Norwegians on the workbench, it looks like GEG will be continuing to serve up some great options for WWII gaming.