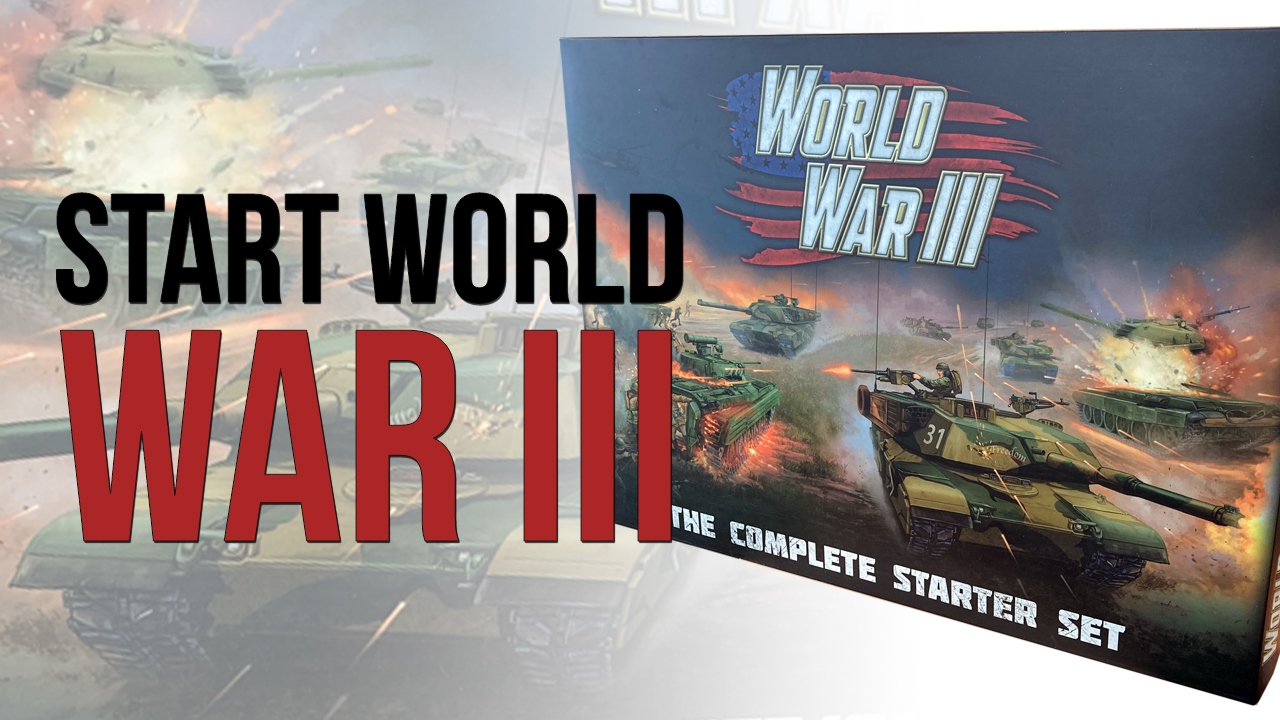 A new Starter Set from Battlefront is always a reason to be cheerful, both for the established player, of in this case Team Yankee, and for the newbie. For the former it represents a great value way of getting hold of more models, and for the later, a clear inroad into a new hobby or period.

Below is a transcript of the above video, for those who prefer to read than watch

Lifting the lid on ‘World War Three The Complete Starter Set’ we are met by sixteen tank frames. The Complete Starter Set is all about tanks (and a few Infantry Fighting Vehicles), some old in the form of Soviet T-64s and US Abrams but some brand spanking new in the form of four T-80s and two BMP-3s – the first time and place these last six frames have been seen anywhere and all to the very high standards of design and production we have come to expect from Battlefront. Team Yankee tread heads will be interested to learn the rules for the T-80 feature ERA or Explosive Reactive Armour, which as the rules state make the tanks “even more survivable” (personally I didn’t know “survivable” was a word, but if it is, it’s a good one).

Plastic frames of tank commanders are also included for that classic Flames of War ‘out the hatch, even when on the attack’ look. And then we get into the printed matter, firstly in the form of the ‘Start Here’ guide which introduces new players to the different vehicles of the two forces, with stats and assembly instructions. And then the World War Three Team Yankee A5  rulebook – the cut down version of the 2019 hardback edition of the rules.

There are also Unit Cards relevant to all the vehicles in the set.

For those World War Three Team Yankee players who are looking to extend their forces, the price of this set is probably key, so you will be pleased to hear it retails at only £35 or $50 US Dollars for the lot, making the lure of T-80s and even old Abrams incredibly tempting, with a free A5 rulebook to boot.