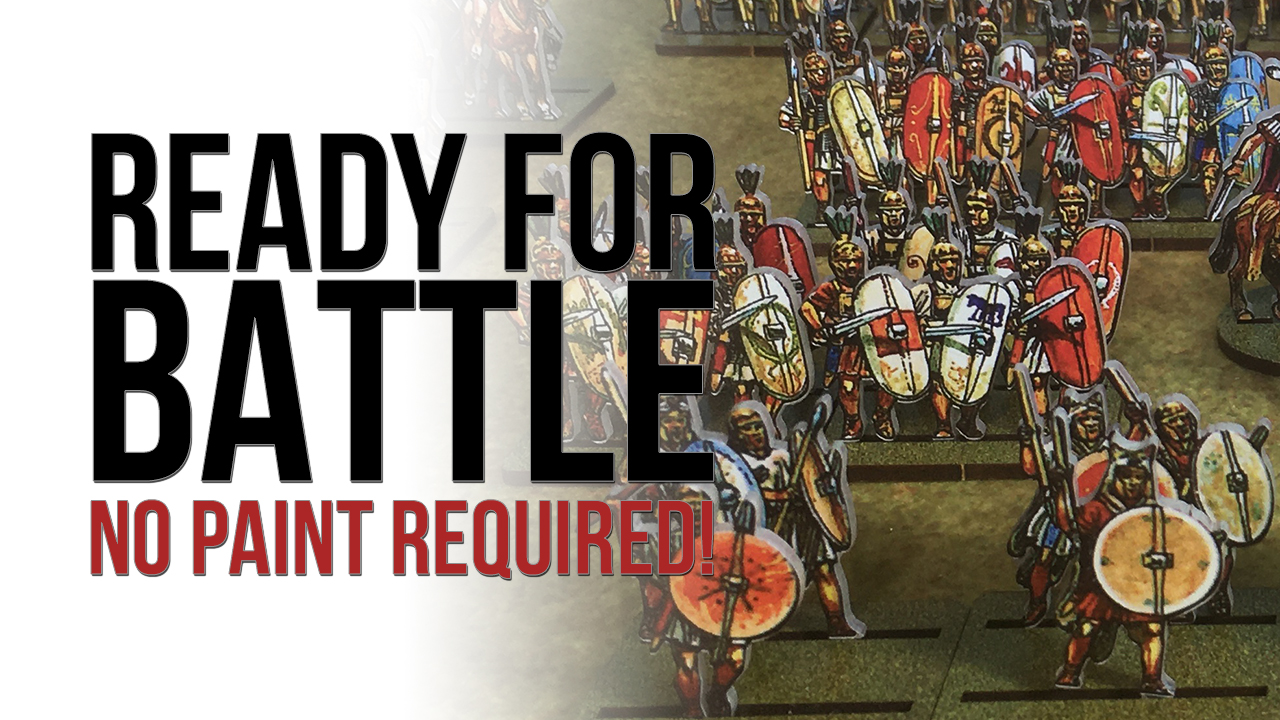 What we have here is something a bit radical. Peter Dennis has been working for a while on his ‘Paperboys’ series of cut out and construct figures, from which you can form ranks of two dimensional wargames soldiers. Now with the help of Romanian company “World of Fun’ (or simply Wofun) Peter has transformed his paperboys into plastic boys!

This box set represents a sample of several of the different plexiglass armies available from WoFun. Punic Wars, Texan War of Independence, Jacobites all produced in the same way – duplicates of the Paperboys but printed onto clear 2mm thick plexiglass.

As you can see the sheets, or frames, contain several groups of figures all perfectly aligned front and back and all pre-cut – they can simply be popped off the frame before being slotted into the MDF bases provided.

A typical 28mm frame contains around 40 figures, usually with an officer, musician and standard bearer.

As well as the 28s the range is also available in 18mm scale, with about double the number of figures on a frame.

The figures are available as ‘Starter Packs’ and ‘Collections’ – two complete armies for your chosen period – here you can see the models in the Jacobite Starter Pack – these are sold on the Wofun website for between 90 – 250 euro, or as individual frames priced around 14 euro. You will also find simple wargames rules by Andy Callan, who collaborated with Peter on the Paperboys, in the larger packs.

To help decorate your WoFun battlefields there are also ‘props’ available, in the form of 3D buildings manufactured in MDF.

These innovative miniatures are definitely worth checking out, whether you press the button to buy will depend on if you are interested in having a frame or two for the novity value, or a full Starter Army as a way of playing wargames quickly and cheaply, with no painting required.

You can read more about Wofun miniatures in the July 2020 issue of Wargames Illustrated magazine.