Wellington Against Soult, The Second Invasion of Portugal 1809 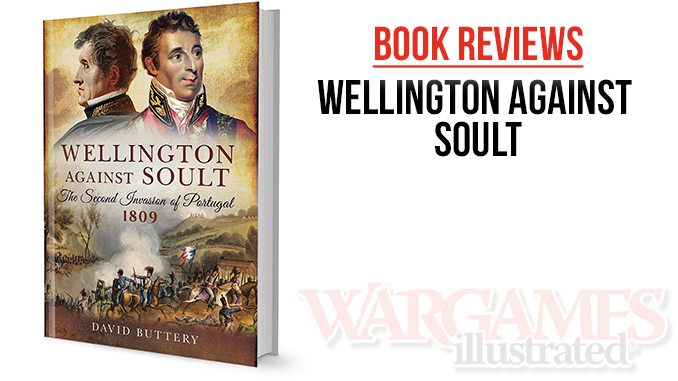 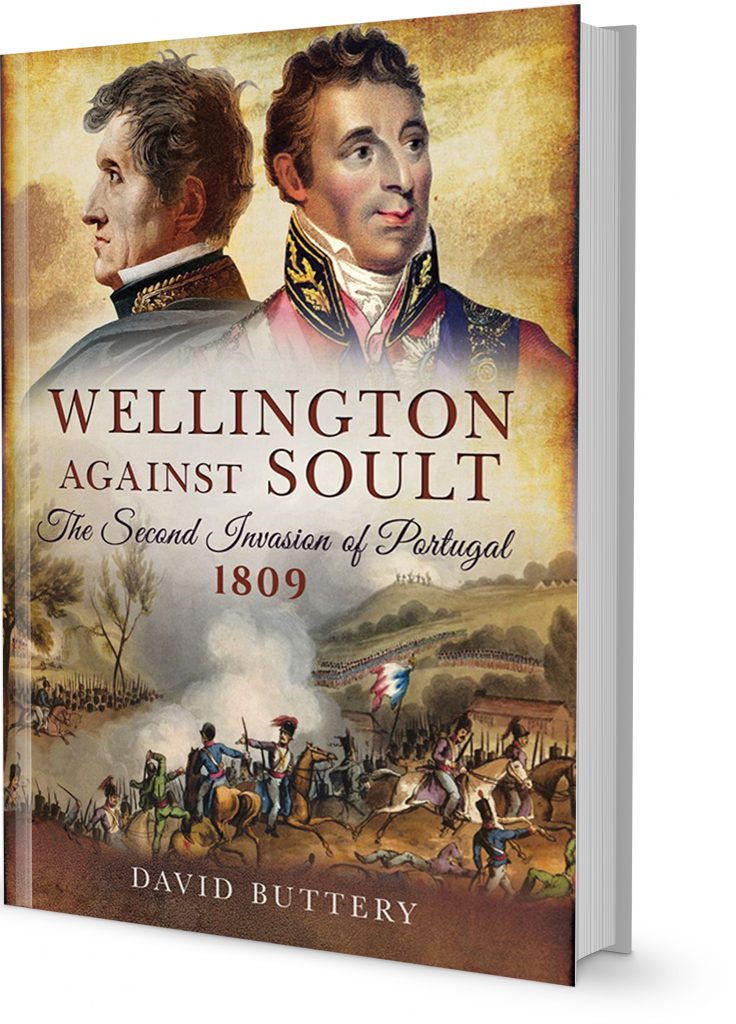 My knowledge of the Peninsula campaigns of Arthur Wellesley began, like many of us, with that well known TV series based on Bernard Cornwell’s Richard Sharpe novels. This was followed by more reading, including many Wargames Illustrated articles, and that now brings me to Wellington Against Soult. This is the third in David Buttery’s “Wellington Against” series of campaign books, the other two cover the First and Second Invasions of Portugal against Junot and Massena respectively. Buttery describes this campaign in some detail and adds a number of maps and plates, 33 extra pages of copious notes, and an extensive bibliography. The book also incorporates an always welcome comprehensive index. Each of the trilogy has an extensive chronology at the beginning, which is tailored to the book and follows the career of the two main antagonists.

Wellington Against Soult covers the strategic view of the campaign, though without detail of the actual forces present at any one engagement, making this an easy read. There are nice summaries of the situation before the beginning of the Second Invasion of Portugal, Soult’s life and career up to 1809, and Wellesley’s life. The notes section contains many interesting snippets, and in the main are relevant. Much is made of how Soult initially attempted to ingratiate himself with the Portuguese when he may have been angling for a kingship. This is certainly an intriguing section, along with its description of the Argenton Conspiracy where Soult may have been the subject of a plot to remove him from command.

The main issue I have with the book is the lack of detail regarding forces. These are generally noted in numbers (of infantry, cavalry and horses), but as a wargamer I want more detail, an appendix containing the information would suffice. That lack of detail is apparent throughout, which does make the book flow better and makes it an easier read, but hampers its use as gaming research. For example, the description of the re-organisation of the Portuguese Army deserved a little extra attention and more detail to bring it into line with a wargamer’s needs. In addition, the maps would be more use if inserted where the action they illustrate is covered and they too could display more detail.

Overall this is an enjoyable read, whilst not particularly insightful, with many parts sparking my interest for game purposes, including a possible mini-campaign based around the Second Invasion of Portugal using Black Powder or other rules for large scale battles. There seem to be many river crossings in this campaign; the crossing of the Douro by Wellesley, which Wellesley himself classed as one of his greatest victories, would lend itself to a big club game with hidden movement. At the other end of the scale the two bridge assaults by Major Dulong of the 31st Légère that played a massive part in allowing what remained of Soult’s force to escape would make for really good skirmish games, perhaps for Sharp Practice. It seems I have more research ahead.