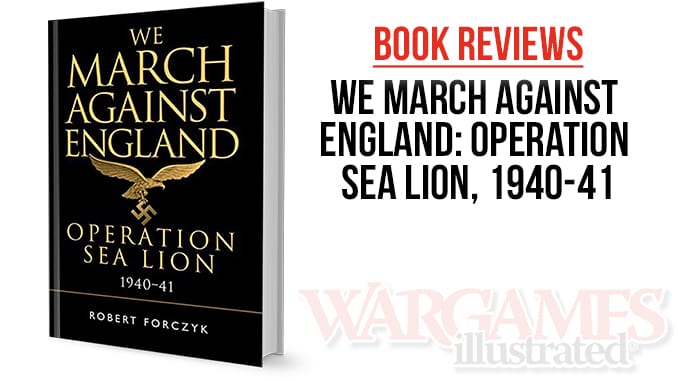 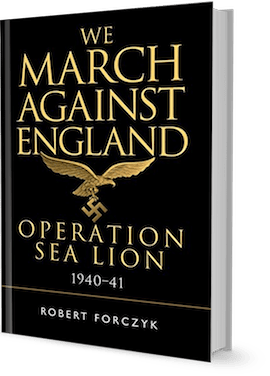 First off, every book written by Robert Forczyk deserves a rightful place on the list of recommended reading for WW2 aficionados because of his unique ability to provide the reader with new outlooks. Correspondingly, Forczyk in We march against England questions the standard orthodoxy (as he calls it) of the RAF and Royal Navy being the only factors preventing Germany from invading Britain in 1940, an operation codenamed Sea Lion by the Germans. Rather, the author depicts the Battle of Britain as one of many elements of a strategically unfocused German campaign to subdue Britain. According to Forczyk, the postponement of Operation Sea Lion was an opportunistic move by Hitler because he was indecisive for a couple of reasons and thus took the easiest way out.

Forczyk dedicates the majority of the book´s twelve chapters to a sober-minded and impartial examination of both Germany´s and Britain´s capabilities and limitations in view of a German seaborne landing in Southern England from 1940 onwards. The author also provides chapters with some speculations on how Operation Sea Lion would have turned out, had it not been postponed and then cancelled. I found the arguments presented well balanced and sound. But of course, there is room for differing opinions when it comes to alternative history. Along those lines, a possible German invasion of the Isle of Wight is discussed in a separate chapter. An additional chapter unravels hidden benefits of a German program to develop amphibious landing capabilities.

The paperback version of the book under review here is 368 pages long and contains a number of well-designed maps complemented by lots of informative tables and pictures. An appendix shows a detailed Order of Battle for both German and British forces (as of September 1940) which comes in handy for wargamers. Forczyk describes the German landing plan with allocated forces of each branch, as well as the corresponding British dispositions, in great detail. This allows wargamers to create themed forces and scenarios for land battles, e.g. for the Bolt Action campaign books Operation Sea Lion and Operation Gigant. In addition, players of naval and aerial game systems get their money’s worth because these branches are the main subject of the capabilities analysis (for both Germany and Britain). The chapter on the hidden benefits of German amphibious landing capabilities gained during the preparation for Operation Sea Lion provides context not only for WW2 wargamers but also for Weird War settings involving German amphibious operations.

In conclusion, on a point scale from one to ten the book is awarded a well-deserved nine points. On the one hand some minor imbalances and contradictions can be found in the chapters on the capabilities analysis; on the other hand wargamers are provided with a host of useful background information and inspiration for setting up exciting games and forces. On a side note, I was not legally allowed to read the book in public in Germany without masking the three swastikas on the book cover but that does not keep me from recommending the book!