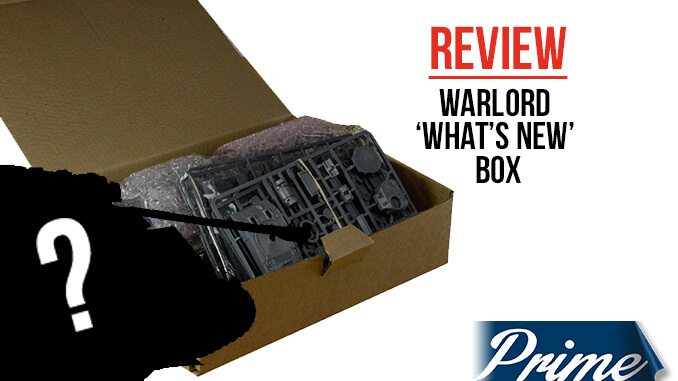 Warlord Games have supplied us with a box of their new and pre-release Bolt Action figures. Let’s take a look inside….

First up is the new plastic kit of the British Sherman Firefly, available as a single model and ready to add some much needed heavy weapon support to your standard Sherman troops with its 17-pounder gun.

Staying with British armour, we have the Churchill, another plastic kit but one which comes with all the turret options to create a number of variants

Staying with tanks but changing to resin, we have the M4A3E8 Sherman, an up-gunned US tanks with a 76mm gun in a larger turret and wider tracks for more mobility.

Also in resin, we have the up-armoured M4A3E2 ‘Jumbo’ with a same enlarged T-23 turret as the Easy 8 and a 75mm gun. This limited production run vehicle was the only one to suffer a direct hit from a German 88mm.

Taking a step back to earlier in the war, we have a squad box of 10 x Polish Infantry in Greatcoats complete with NCO, one figure with a BAR and eight with rifles.

For the German army, we have the Stummel Half-Track, which mounts a short barreled 75mm gun and is designed to support Panzergrenadiers in assault operations.

lastly, a sneak peek at some of the figures coming in July, 10 x German People’s or Volksgrenadiers, units with a core of hardened veterans backed up by whomever could be found.