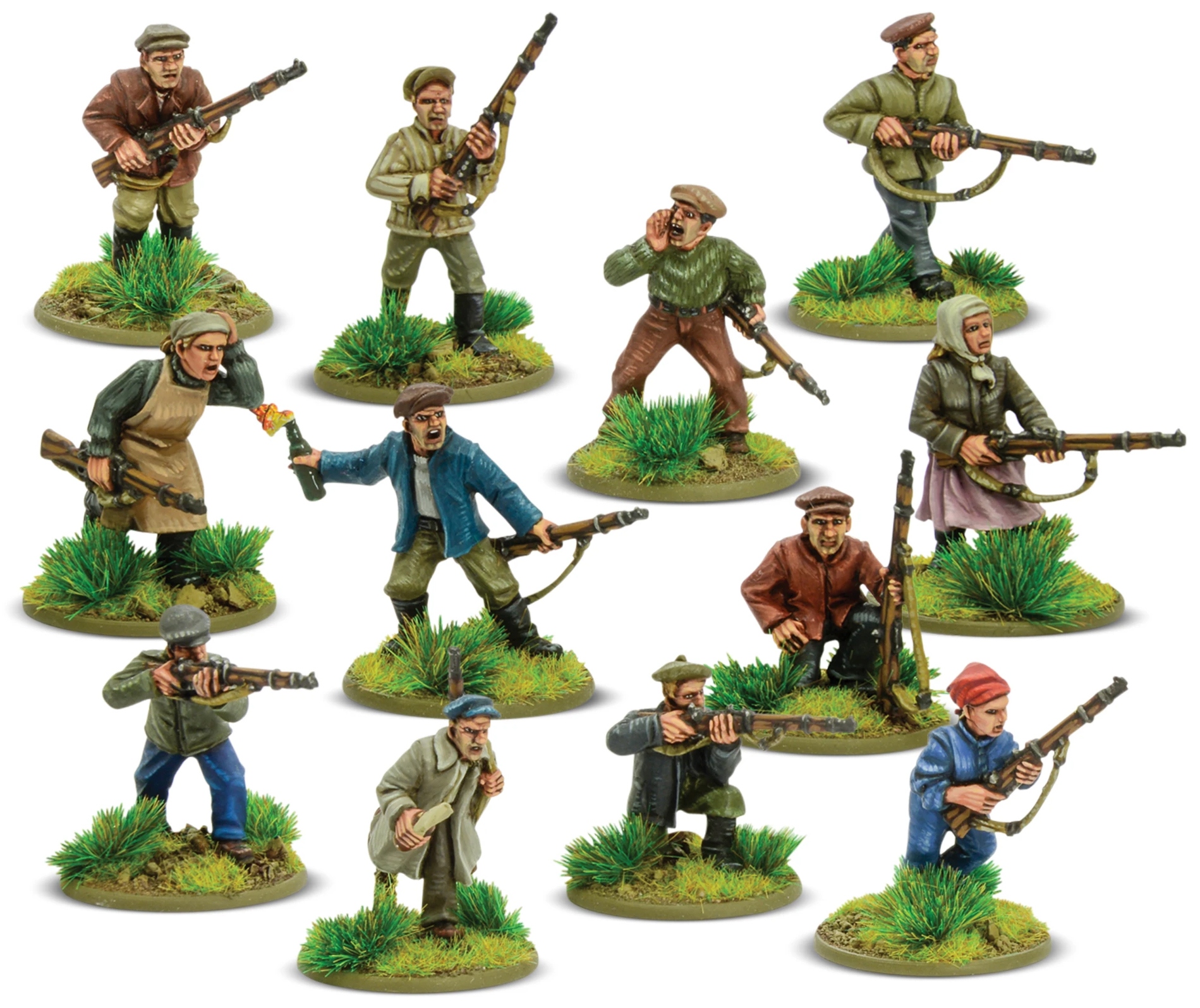 Representing the workers and citizens of Soviet cities, this Soviet People’s Militia set gives you the chance to sound the call and create your own Opolcheniye for your games of Bolt Action (or other WW2 systems).

Included in the £15 ($20 US) box are 12 metal cast 28mm models – three women and nine men – that exude the variety, character, and grim determination you’d expect from these volunteer fighters. Poses are largely dynamic – running on, throwing a Molotov, or calling for aid – but there are some more standard sighting and shooting, or crouching poses.

All are armed with the basic Mosin–Nagant five-shot, bolt action rifles and two have the aforementioned Molotovs to hurl (one lit, one not). In terms of ‘uniform’ these are models that offer quite a lot of fun if you are a keen painter. Though the Opolcheniye were formed up into units through the later stages of the war, it was rare they’d look like anything more than a rag-tag bunch. These sculpts follow suit. They look like they’ve rushed straight from the factories, shops, and streets of whatever great Soviet city they are defending with varied clothing. It has a great mixture of details, materials, and styles present, along with some fine headgear. None of it is especially practical in a militarised way but it certainly makes these models look the part.

A fine tribute to these brave people, who volunteered to defend their homes, fighting on despite poor training and equipment but making a difference with their relentless bravery and commitment.