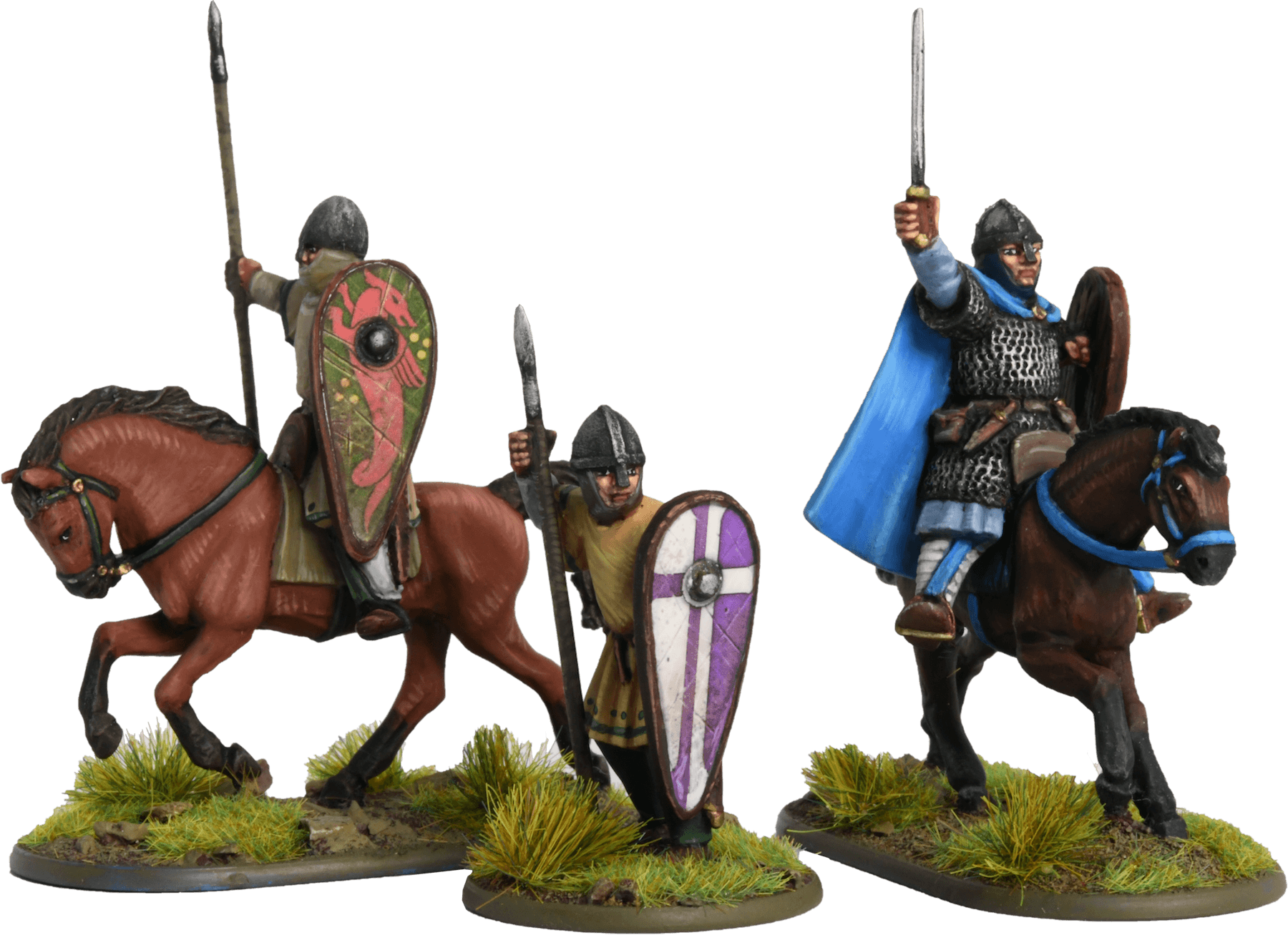 I think it’s fair to say that any wargamer with a penchant for Normans is well catered for. Whether you’re a fan of plastics from Conquest Miniatures or metals by Gripping Beast, Crusader Miniatures, Footsore, Foundry, V&V or anyone else I’ve missed – there’s a lot of choice out there. Warlord Games already have a pretty comprehensive collection of Normans in their Hail Caesar range, with these three new Command packs: Unarmoured Cavalry, Mounted Knights and Unarmoured Infantry adding to Crossbowmen, Archers, Characters and other infantry and cavalry.

These new figures are as competently designed and well-cast as you would expect from Warlord with nice anatomy on both the men and horses. There’s nothing particularly exciting here, the end result being standard Norman 1066 fayre. Anyone looking for a little Sicilian or ‘on crusade’ flair (something you get with some of the Gripping Beast and Crusader figures) will be a little disappointed, but these figures are fine examples of  Bayeux Tapestry Normans.

When there are so many of one particular figure type available, as with Normans, how one range mixes with another becomes particularly relevant. To that end we have included some comparison shots so you can see for yourself.

One other thing of note is the weapons packs provided in these Warlord Games packs. I’m a big fan of being offered metal lances for my figures – and there are more than enough in each pack. I’m not so keen on the swords though. Nice to have them, but what’s with the stumpy blades? They look more like Roman Gladiuses than Norman longswords.