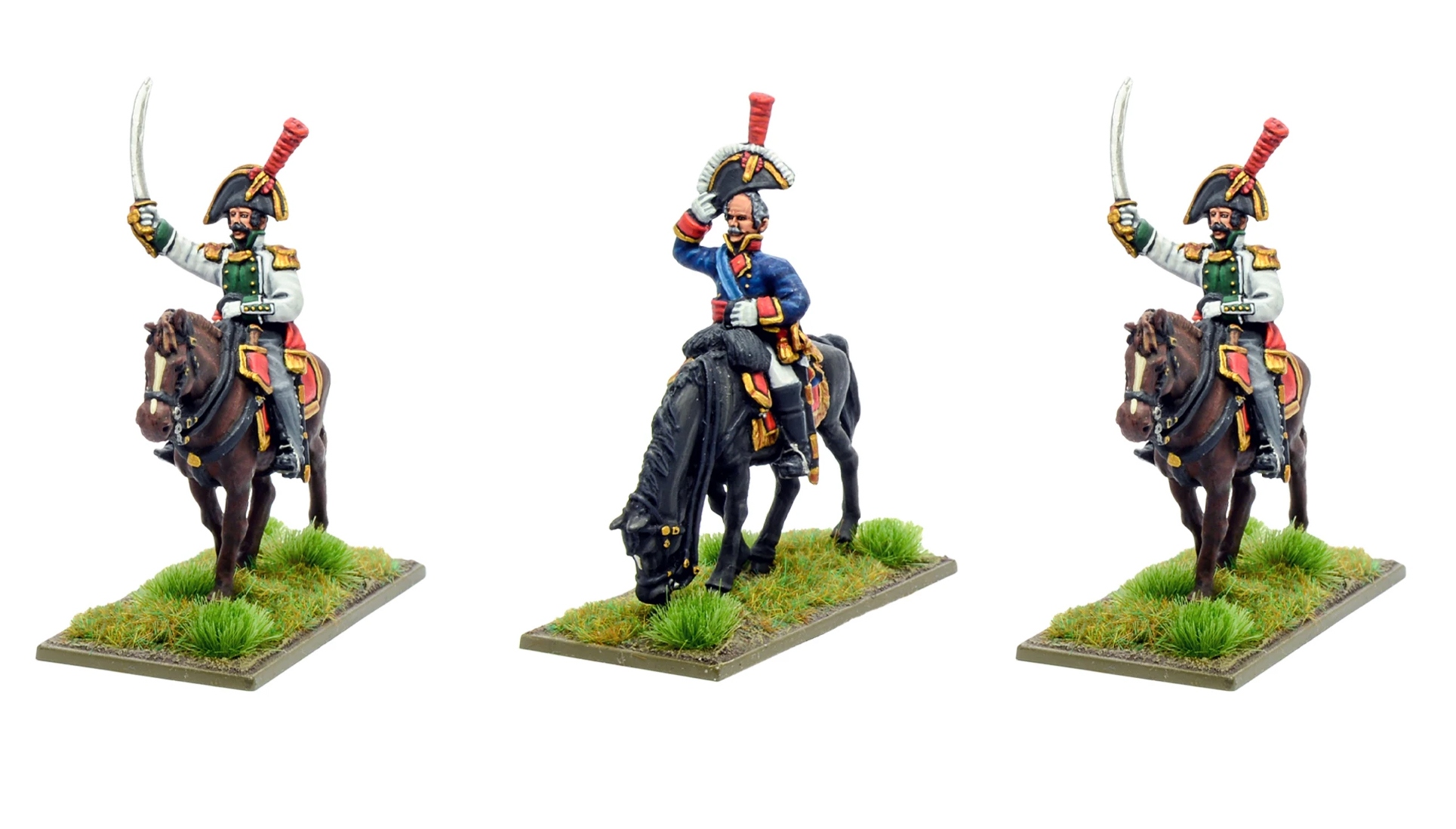 As we deal with the changes Lockdown has brought to the Wargames Illustrated office we’re digging out photographs of models we snapped but didn’t get around to featuring in 2020. So, these fine-looking Warlord Games Napoleonic Spanish Mounted Infantry Officers trot forth for their somewhat late time in the limelight!

A part of Warlord Games’ Made to Order range, you get three metal Officers and their mounts for £10 ($14 US) here – that’s really good value at just over £3 per mounted miniature. It does make up for our slight disappointment that there are only two variant sculpts, rather than three alternative minis.

The models are nice, just right for Black Powder or your other preferred game system and they feel like they have been designed to fit into any theatre, period or indeed side (the Spanish fighting both for and against France) during the Napoleonic Wars.

The Officer with his sabre raised has the same bicorn with plume as the plastics from the same range, wears a long tailed coatee with square lapels, two fringed wire epaulettes and a visible gorget. He wears overalls on his legs, giving him more of an on-campaign look, and his mount has pistol holsters affixed to the pommel, ready for easy access in the heat of battle.

The other Officer looks a little more suited to the parade ground, with a more ornate bicorn and saddle as well as uncovered legs and feet clad in typical riding boots. He has a belt across his right shoulder and his pose gives him a sense of gravitas and respect.

The horses themselves are great sculpts too with fine poses and detailing, all readily equipped for their riders to hit the field.

The mixture of casting materials used by Warlord these days is getting a little confusing, but these models are made in good quality metal (where other elements of the Spanish range come in Warlord Resin) which will be pleasing to any who haven’t quite been won over by their new resin casting methods.

If you’re keen to lead the Spaniards on the field of battle, whether for Bonaparte or against him, then these figures will be fine additions to your collection. Perhaps you can win some victories and overcome the Warlord Games website’s some might say harsh description of the Spanish army!