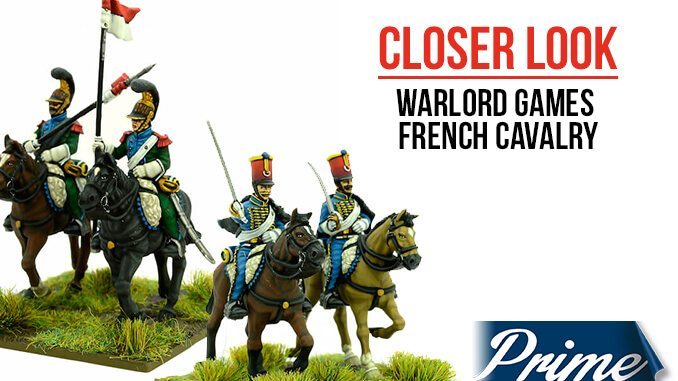 The three individual boxed sets of plastic French Napoleonic cavalry from Warlord Games are great. With only six pieces per model and some really characterful metal command figures, it won’t take long to field the standard 12 figure unit or add the command figures to make 13.

But what about some variants for your army? Perhaps fielding all the same figure with the same uniform, although inspiring to some, isn’t really your thing? Well, here are some brief ideas on how to use the same figures and add in some variety:

Although the majority of Lancer regiments in French service wore the same uniform, the 7th and 8th regiments were recruited in Poland, as was the 9th regiment, which mainly consisted of men from the Germanic states. They wore blue coats, with white epaulettes and a blue Polish *czapka. The musicians had reversed colour schemes until 1812 when the green coat for infantry musicians was introduced. To create a regiment of Polish or German descent, you need to simply swop the heads using the Grenadier ones from the Polish Vistula Legion available from Warlord Games as a separate metal sprue of six heads. Two of these will meet the needs of the standard Black Powder cavalry unit.

For the Chasseurs a Cheval and Hussars, there were so many different regiments that research will be required to find a suitable uniform, providing a real splash of colour on the tabletop. However, you can individualize the models by using some of the optional extras, for example fielding figures as the elite First Company in colpack (fur hats) or using covered or uncovered shakos for the Chasseurs a Cheval or Eagle bearers to distinguish units, such as when they are led by the Colonel himself, a simple thing to model as a command base / stand with the excellent metal miniatures provided for the purpose.

Czapka is a Polish and Belarusian generic word for a cap. However, it is perhaps best known to English speakers as a word for the 19th-century Polish cavalry headgear, consisting of a high, four-pointed cap with regimental insignia on the front to which feathers or rosettes were sometimes added.