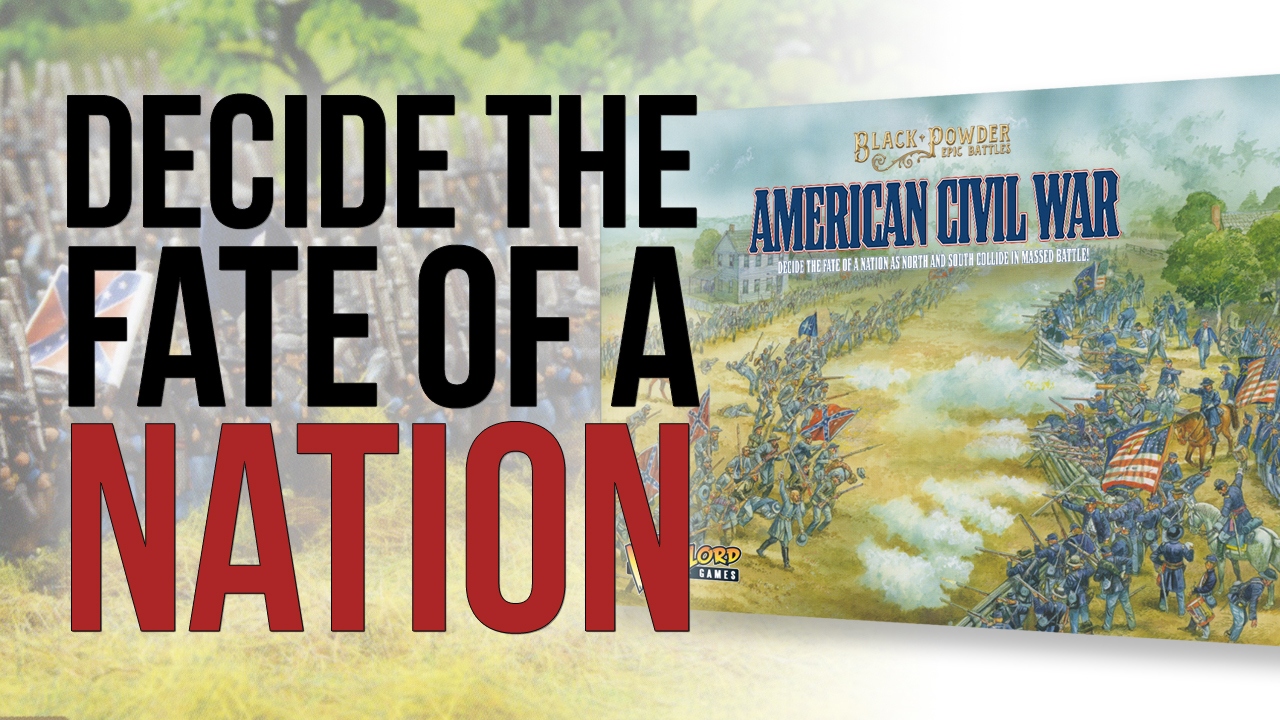 Wargames Illustrated readers were given a preview of the star attraction from this set when we gave away a free Epic American Civil War sprue with the January 2021 issue of the magazine, and now the full starter set is here.

The first thing to note is what we’re unboxing isn’t the shiny Peter Dennis illustrated box customers will be receiving, but the contents are the same, so let’s take a look at what’s inside.

Top of the pile we’ve got a sheet of flags and a rules booklet.

The booklet provides a brief overview of the history of the Civil War, followed by a quick guide to the forces involved, with some notes on uniforms and flags.

‘Epic Battles’ are intended to be played using the Black Powder core rules, but the ‘Rules’ section of this guide provides some Civil War specific extras, which will add some unique ACW flavour to your battles.

Most of these optional rules are taken from the Black Powder supplement Glory, Hallelujah! and include things like special rules for terrain and cover, cavalry, passages of lines and, of course, the Rebel Yell.

There is an Epic Battles specific note, or rather suggestion, for converting Black Powder measurements to centimetres, or using half measures.

This section concludes with some special rules for famous generals.

The rest of the book contains five scenarios: Greenbrier River, Wilson’s Creek, Salem Church, and Gettysburg – day one and two.

Back in the box and we now have a flat packed Sarissa Precision MDF 15mm scale Farmhouse and Fence set – to start your tabletop buildings collection – and a generous number of paper flags to cut out and wrap around the poles of your standard bearers.

There’s a A5 sized version of the Black Powder rule book – ostensibly the rules for your tabletop battles – unless you choose to use one of the numerous other ACW rule sets on the market.

Finally, we’re onto the models themselves. Beginning with the not so interesting, but essential bases, which are riddled with holes to receive the plug in figures.

There are 24 sprues of figures in total; 12 Blue Union frames, and 12 Grey Confederate. The colour coding means you can play without taking a brush to your troops – if you can allow yourself that level of frivolity in your wargaming!

The different coloured frames is a good idea – you can play a few games of Epic ACW to see if you like it – without committing to painting up over 2,000 figures.

Other than the colour, each frame is identical and contains 100 infantry figures in stands, or lines, of 10, with an additional commander and artillery piece.

Considering their size, the figures are very well detailed, and although it could be argued there are too-few kepis for the Union (and too many beards), you would be hard pressed to find better ‘generic’ American Civil War figures.

When these models were seen for the first time (in the January 2021 issue of Wargames Illustrated!) there was much talk about the exact size of the figures, I think most people have reached closure on that issue now, but just in case you haven’t – from the bottom of the boot, to the top of the soldier’s hat – the figures are 15mm high, and the main infantry bases are 60mm by 20mm.

So there you have it – The Epic Battles: American Civil War Starter Set, weighing in at £90 or $120 US dollars.

It’s a daring new scale move by Warlord Games, but judging by the amount of attention (and pre-orders!) Epic ACW has received (helped in no small way by the quality of the models) it seems to have paid off. And this is just the beginning for Epic ACW, with Zourves, cavalry, Iron Brigade, and more on the way.