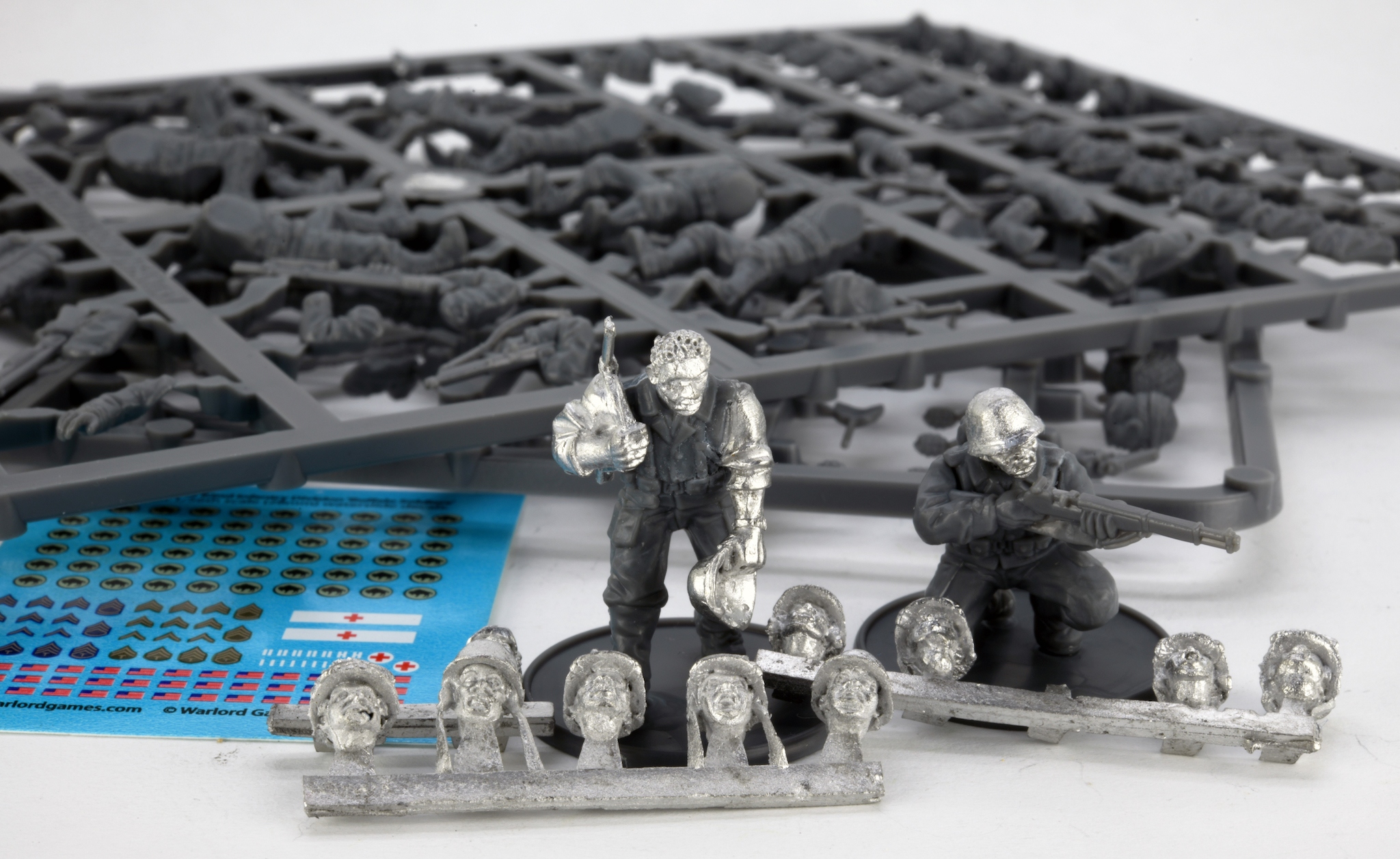 Nicknamed Buffalo Soldiers (referencing the African-American units that began to form in the 1860s) the 92nd Infantry Division was the only completely Black American division to see front-line service in Europe in World War II. Thanks to the creation of some new metal parts Bolt Action players can now more accurately represent this unit in their battles.

The set comes from Warlord Games’ Made to Order service and for £15 ($20 US) you’ll get 12 Infantry models. This is a bit of an odd one, as there is also a sold-out set at twice the price listed on the Warlord Games website, that we reckon will be a full 30-man Platoon (which we’d imagine is a much preferable size) so hopefully that comes back in stock.

The main base for the models is the standard 2018 US Army Infantry plastic frame that you’re probably already very familiar with! Extra parts are included – alternate heads that better represent these African American combatants, along with a couple of new arm variants – to change up the frame’s look and make it more suited to the 92nd Infantry Division.

There’s not really too much more to say about them! It’s good to have an opportunity to bring these segregated troops into battle in Northern Italy games.