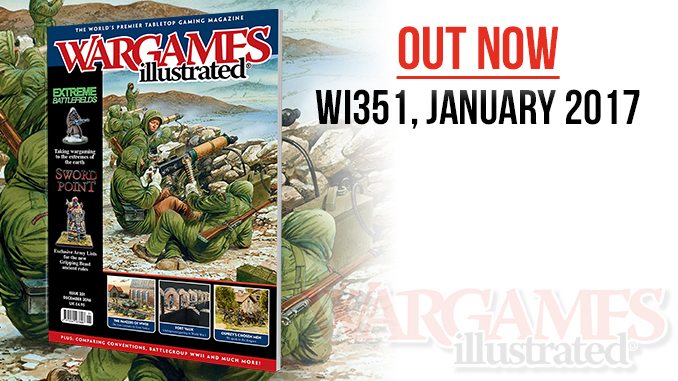 Our theme this month is ‘Extreme Battlefields’ and we have five articles that look at wargaming in extreme conditions. From the 50mph fog of the Aleutian Islands campaign in World War Two, and the Korean War Battle of the Choisin Reservoir, via making sewer systems, to Verdun in World War One – an article which looks at this spectacular model of Fort Vaux – a French stronghold which saw extreme action during a German assault of 1916. The interactive article also includes a movie interview with creator James Morris and video footage of the model.

WI351 is available directly from our webstore, your local hobby retailer, Barnes and Noble in the US or WH Smith in the UK. And don’t forget WI prime members can view this issue online, along with 350 others. Follow the link to see a full content list and order your copy.