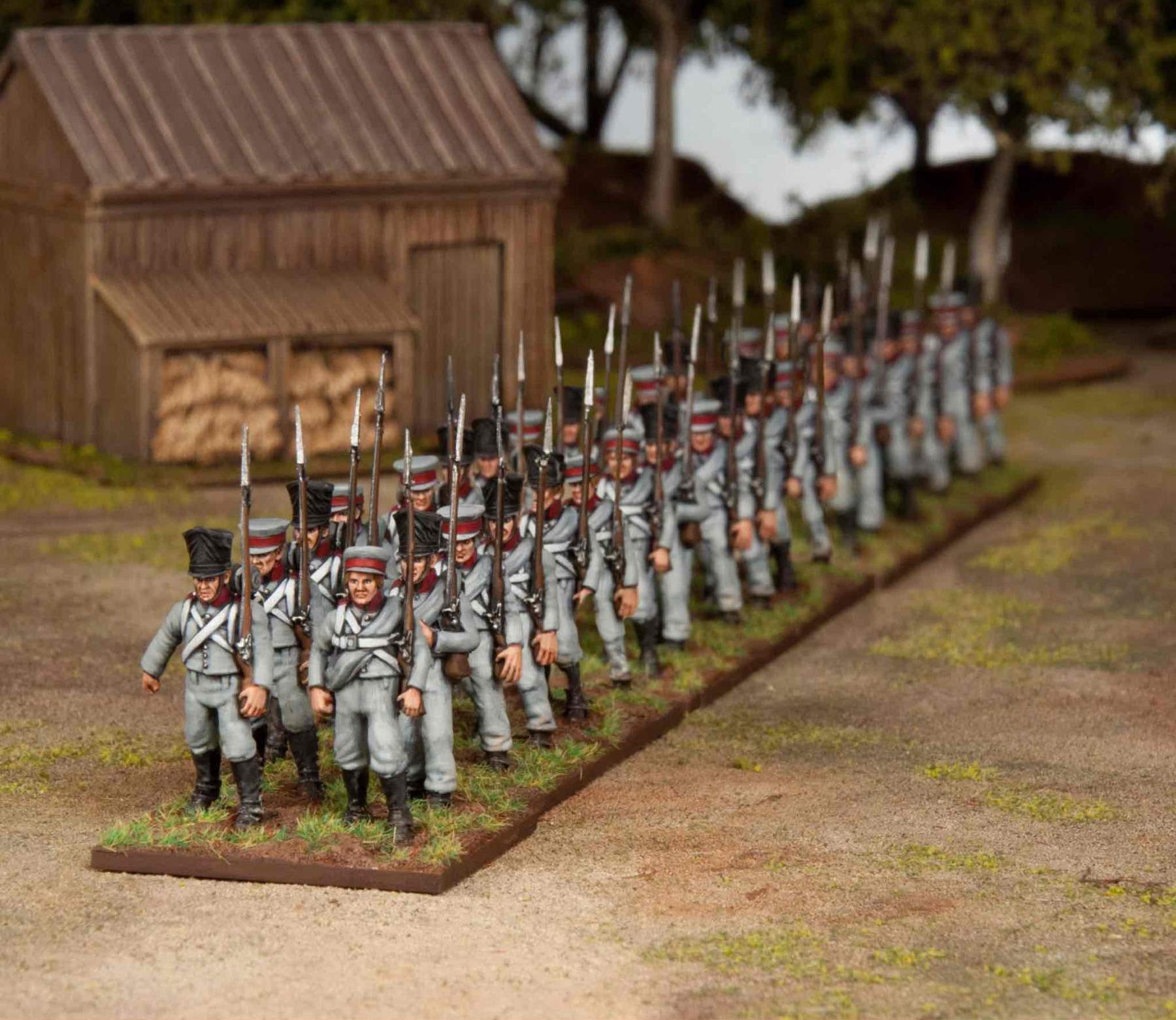 There’s an “I’m cuttin’ me own throat ‘ere guv!” abundance of figures in Wargames Atlantic’s Prussian Reserve set. Inside this little box are no less than 60 hard plastic, multi-part, 28mm figures for your Franco Prussian adventures.

Crikey, that’s a lot of figures for the standard box set price of £25 ($35 US) and, should you really want to clog your painting table, the more you purchase the cheaper it gets if you buy direct. Should you buy 10 boxes each figure will only cost you about 30p ($0.40 US), which feels like travelling back to the good old days … but the good old days with the bonus of better cast plastic figures. Hurrah!

What’s the reason behind this generosity? The box is the first of a new option – Army Builder – which is aimed at folks who want to plump the rank without breaking the bank; we’ll let Wargames Atlantic have that little jingle for free!

The box comprises ten frames of six multi-part models and will enable you to build sixty Prussian Reserve figures in total, standing in upright poses. The stances are slightly ambiguous in that they could equally represent models holding position or on the march, which is probably a bonus.

Although they are multi-part, each model is largely comprised of a single piece representing the legs, torso, arms, weapon, and a small base element. This is for the best when building rank after rank of figures but it does mean that the poses are quite flat, with all of the rifles held up with bayonets pointed to the sky. They wear the basic single-breasted jackets of the Reserves, with no tails, cuffs, or other fine details included, which is accurate and probably a reason that these troops were a good pick as the first Army Builder release. They have a lot of equipment and a nice bit of variety, such as the gaiters on half of the models, reflecting the gradual trickling out of more equipment to the troops.

The frame contains two head options per figure – a covered shako, which became more common as time went on, or the distinctive floppy peaked cap, the schirmmutz, which was originally provided to Reservists. The shakos have visible bands while the schirmmutz do not. You can also add some extra equipment rolls to half of the figures.

Posing the heads at various angles actually adds quite a bit of extra character and atmosphere to the look of the figures but they are, of course, somewhat restricted. That’s a bonus in that the build and painting process should be quick but if you want more variety you’ll need to mix in models from other ranges. That’s doubly important in the case of command because none are included. We’d suggest Perry Miniatures’ PN 52 Prussian Reserve command advancing as a good starting point.