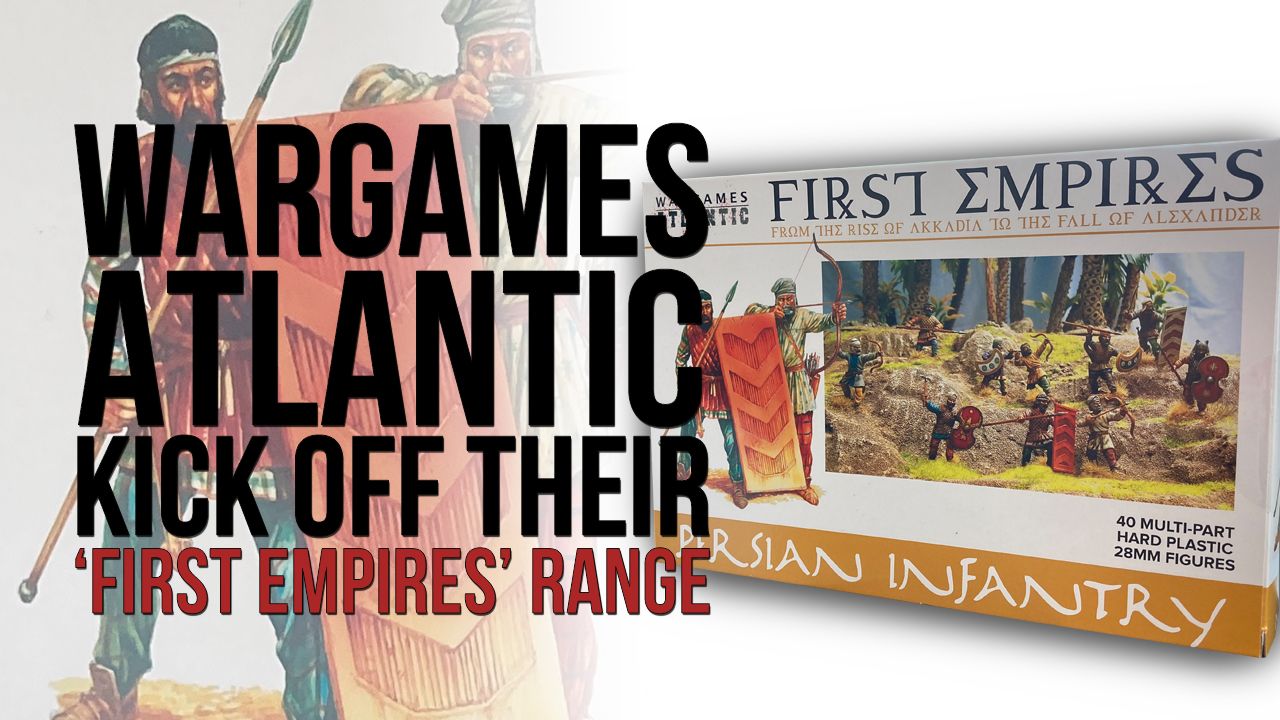 Wargames Atlantic are launching a series of boxed, multi-pose, plastic miniatures which will, their website states, cover: “a wide swath of time starting with the first civilizations of the eastern Mediterranean through to the conquests of Alexander.” First amongst these is a box of ancient Persian Infantry.

The box contains eight identical sprues, each of which contains enough parts to make five Persian warriors, giving you an impressive 40 infantry in each set! The first two bodies are wearing tunics, with one headless, posed firing a bow and the other with separate arms and head. There are two further left arms holding bows on the sprue, two right arms “releasing” and one right arm holding an arrow, allowing you to make up to three bow armed troops should you wish to do so. There are also four bow cases included on the sprue, allowing you to equip your three bow armed soldiers with quivers but also giving you the option of adding a bow case to a more heavily armed soldier as well. Given the propensity for bow armed troops in the Persian army, it is great to see all of these options included in this set.

The other three bodies wear armour, one modelled with left arm attached to take a shield, the others with neither heads nor arms. The right arm options include three spears, a sword and an axe as well as a trumpet should you wish to turn one man into a musician. Included are an amazing 17 different head options, which, Wargames Atlantic claim, are: “suitable for several satrapies and allied tribes.” They are not kidding. No matter what look you want for your Persians, I am pretty sure the appropriate head will be here somewhere. Finally, there are six shields; two crescent moon style, two oval style and two of the large “sparabara” style, again giving you plenty of infantry options. There is only one other object on each sprue that, I have to admit, took a little bit of working out but I think I have identified it as an extra beard, which you could use to turn some of your short bearded heads into longer bearded officers? I assume it has to be this, as the addition of a merkin on a sprue of Ancient Persians would seem bizarre and unnecessary. As with other “Wargames Atlantic” sets, there are no bases included in the box.

Overall, this is a great boxed set. The miniatures go together easily, with a huge number of options to allow you to personalise your army. The shield and weapon options allow you to create a skirmish force for games such as “Men of Bronze”, or to create lines of Bow and Sparabara armed infantry for bigger battles. This is a great start to the “First Empires” range and I look forward to future releases.