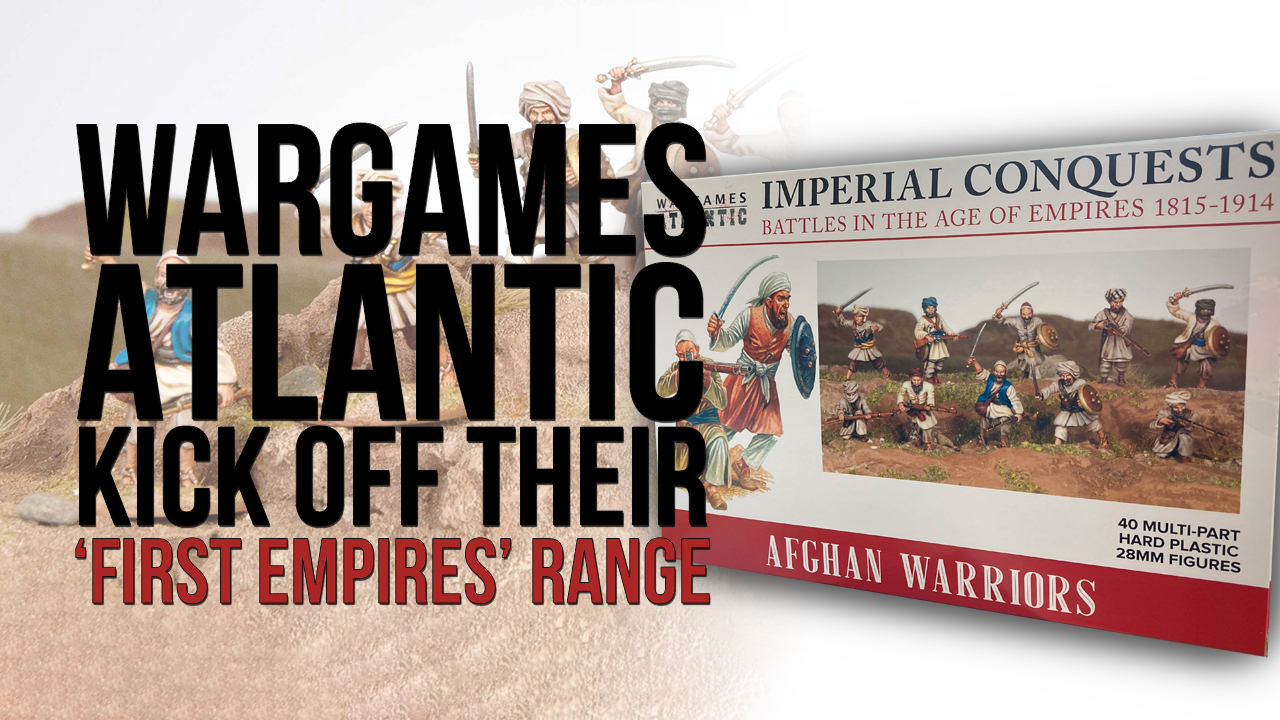 A review by Paul Davies

I first made the acquaintance of this company’s products with their excellent skeletons, and having recently become interested in the ‘Great Game’ on the North West Frontier, I have been eagerly awaiting their Afghans; the latest addition to their ‘Imperial Conquests – Battles in the Age of Empires 1815-1914’ range.

Suffice to say, they don’t disappoint.

For around £25/$35 you get 8 identical sprues each containing 5 figures, 12 different heads with very expressive faces, various arm and weapon combinations including a push dagger, wide bladed Khyber swords, muskets, jezails and some Martini-Henry rifles, to provide plenty of individuality, and all produced to a very good standard.

To aid assembly the various left and right arm combinations are numbered to match eg. 2L and 2R; a simple but effective method, to avoid the frustration of struggling to match up arm combinations correctly on the first attempt.

In addition to the edged weapon and firearm arm combinations, one separate musket, jezail and Martini-Henry rifle are also included on each sprue so they can be attached to the shoulder straps moulded onto several of the figures for more variation. And there are also scabbarded swords that can be added to firearm armed figures to increase their battlefield versatility.

I did notice one very minor issue, namely that the right arm identified as 8R has a rolled up sleeve but there is no similarly rolled-up left arm. I suppose it doesn’t matter because you can conceal the mismatch by giving the figure a shield that covers most of his left arm, but it would have increased the already generous pose options if one had been included.

The only figure I didn’t like was the one in the running pose because his legs are so wide apart that his right foot will overlap the 20mm round bases that I normally use, but as they are likely to be classed as Irregular or Tribal infantry in my rules for this period; The Men Who Would be Kings, I can always put them on slightly larger bases and in larger movement trays to resolve that problem.

I should add that I was pleased that the sprues had been designed so that at the points where the sprue connected to the figure there was minimal details that might be damaged when removing components.

So, to sum up, for around £25/$35 you get 40 good quality figures perfect for your core troops and with plenty of options to individualise them. You will need to purchase some metal command figures, but given the savings made by buying these core plastic troops, that shouldn’t ‘break the bank’, so if you have any interest in the period, or in some ‘what-if’ scenarios, I recommend that you give these figures a try.