Wargamers Guide to the Zulu War 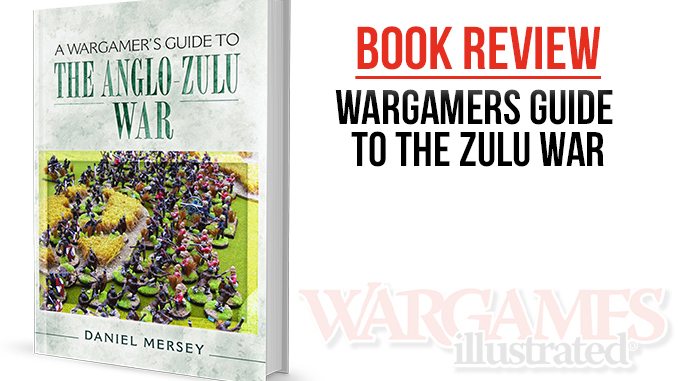 This is a 113 page soft back book that retails at £13. If you don’t wish to read further, it does exactly what it says on the tin, and is recommended.

Mersey is a well-known wargames writer and has been published before. He knows what wargamers want and in this book he delivers it in spades.

He sets the political scene clearly without  a fuss or over complicating the story, this a wargamers guide not a thesis. The chapter ‘armies. organization and equipment, is of great use.

In particular, if you are a bit new to the period. Strangely enough one one my mates has just invested hugely into the Zulu war and it would have save me a good few phone call and emails if he had this most useful book. It lists the Zulu armies carefully  including their regimental and company strengths and provides the colonial player a chance to field all manner of other units rather than the 24th Warwickshires. Thus you will be informed that the amaKwenke regiment carried black shields, the uVe black red and white, whilst the 57th foot had yellow facings the 58th black and the Marines  a dark blue uniform. All useful stuff to know..

All the key battles are considered and suggestions for how to play them out given which seemed  well thought out and include a few ‘what if’s’ which make a game so much more tempting in my opinion.

There  are some nice colour photographs in there  but not one map, perhaps my only moan , as trying to understand Isandlwana without a map is a nightmare, let alone with one!

The book is topped and tailed with a list of wargames rules he thinks  worth looking at(remember this is NOT a set of rules) and a good bibliography  for those who want to study more of this tragic but epic war.