Walking Dead All Out War Miniatures Game: Made to Suffer 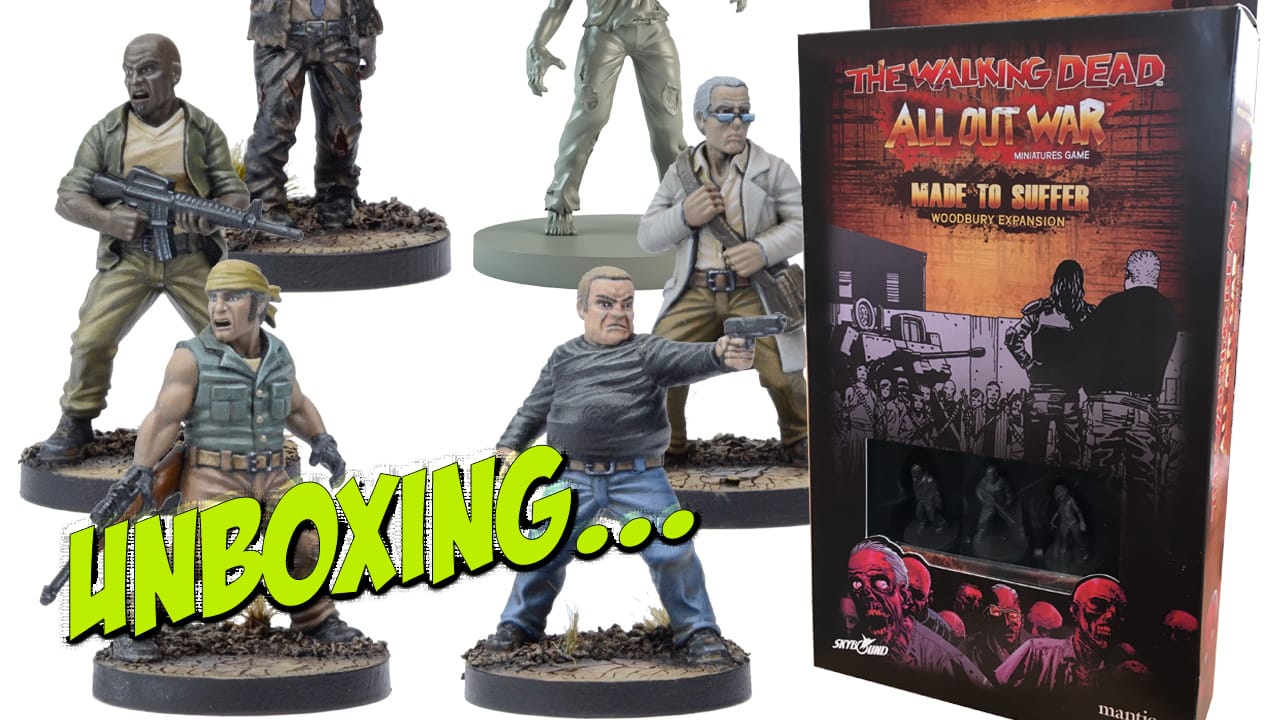 Mantic Games continue to expand their miniatures game based upon The Walking Dead comic book series. The latest supplement takes place in Woodbury, the town of survivors dominated by The Governor, and adds new characters, rules and more.

The rulebook for this expansion provides a number of new rules in the form of new actions, the option to use smoke, a special objective and new scenery rules for houses, lampposts and the tank.

There are seven scenarios included in the rules, allowing players to create a narrative campaign based upon the events of the comic book. Each scenario recommends which characters should be used to get the ‘best’ out of it. The rules also detail how to increase the overall scope of your games; with large games featuring many characters, which faction will align (or not) with whom and rules for creating larger gaming areas.

To support the rules expansion, the box contains a 2D ‘playmat’ which represents just part of the suburbs of Woodbury, with detailed interiors of four houses to explore. The rear of the mat contains details of the figure releases for Wave 4 of the game. There are also event, equipment and character cards needed to play out the various scenarios and two sheets of punchboard scenery and tokens to represent or notate much of the new rules. The largest piece of scenery is the tank, which plays a part at various stages of the story.

The final parts of the expansion are six miniatures, four of which are named characters from the comic and the last two are Walker zombies. The characters are those noted on the relevant cards in the set, who also feature in a number of the scenarios.

As always, Mantic have provided a product that adds interest and extra longevity to the core game. They continue with their commitment to maintaining the same quality of previous releases, whilst adding to the varied game universe they have created.