Vashta Narada for the Doctor Who Miniatures Game 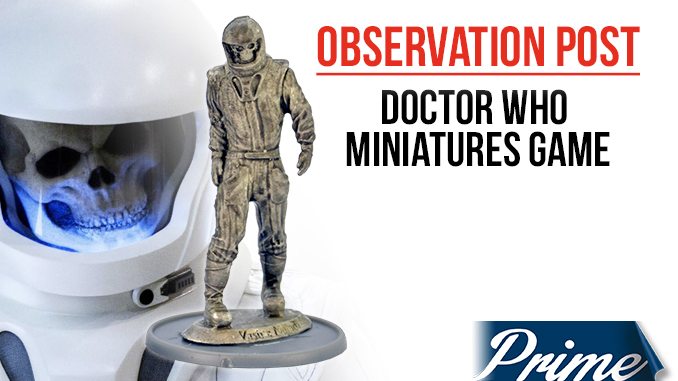 The range of official Doctor Who miniatures being produced by Warlord Games has been accepted by many collectors and gamers alike. One particularly popular aspect is that fact that the range includes both the ‘Classic’ and ‘Nu Who’ eras.

In 2008, the Vashta Narada were introduced into the Nu Who universe in a two-part episode. The Vashta Narada are a swarm of microscopic, flesh eating creatures who attack and devour any animal whom they see as a threat.

There are three figures in the trademark small box, representing the re-animated bodies of spacesuit clad victims of the Vashta Narada. Basically, these are walking skeletons, moving in a zombie like fashion by the efforts of the tiny creatures now occupying the suits. The stumbling nature of these ‘undead’ is shown in the poses, with them all posed as moving forward at a suitable shamble.

Although there are no game materials included in the box, these are being worked on at the present.

As the official figures, these are excellent renditions of these iconic characters from the post-2005 re-launch. There are more packs featuring other races and characters planned for release in the future.