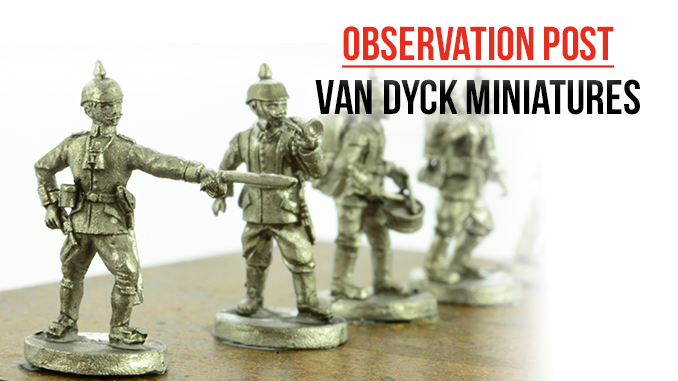 Van Dyck M&F specialize in ultra-detailed 10mm figures. To help customers appreciate the design work that goes in to their miniatures, they had a magnifying glass set up on their display stand at Tactica 2018. In this way, you can marvel at what their sculptors can achieve with postage stamp sized figures.

On show at Tactica were the new World War One Germans, in early war uniforms and Pickelhaubes, complete with painted and unpainted examples. In the same range are a number of packs of Belgians, including a Minerva armoured car.

Also available for viewing were the upcoming Wars of Spanish Succession figures, again available as painted and unpainted examples.

There are also some fantastic Early Imperial Romans and Germanic tribesmen available in the same figure size, which are equally finely made.