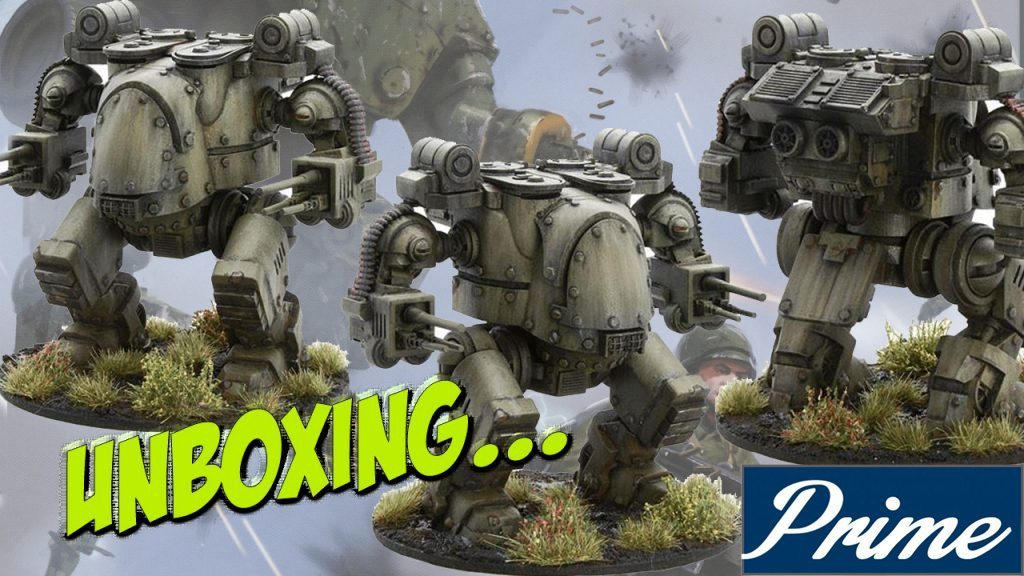 The recently released M9A2 Kodiak Close Assault Walker is designed to add some serious firepower to the US forces in Konflikt ’47.

This is a resin and metal kit consisting of 18 pieces and is very easy to assemble. Also included is a base to accommodate the completed model.

The Kodiak is a variant from the M8 Grizzly family, designed to be used in close support of infantry units. Consequently, the kit comes with two 20mm automatic cannons and four M2 Browning heavy machine guns, that can be mounted in each arm, one auto cannon and two HMGs in each.

The resin parts are well cast and the kit can be assembled with a few posing options. With a little work, it could be possible to integrate magnets into the model, allowing for a greater degree of flexibility and the swopping of weapons.

However, the kit isn’t supplied with the right sort of recesses built in, so some careful digging out or drilling would be required.

The arms have nicely sculpted ammo feeds for the 20mm cannons, with drum magazines shown for the machine guns. The sample poses on the box art shows the Kodiak in a slightly hunched position, legs partially folded, suggestive of the Walker bracing against the volume of fire it is producing. There are two hatches and hatch covers included, suggesting that there are at least two crew are designed to operate the Kodiak, possibly more, albeit in a cramped crew compartment.

Unlike the more recent Bolt Action 2nd Edition releases, there are no data cards, decals or ‘extras’ included in the box. This is a shame as you can’t assemble, paint and ‘play straight out of the box’ in the same way as with the Bolt Action kits.

A useful addition to the US Army for Konflick 47, which would perhaps be best used in urban or other close combat environments.

The slight inflexibility in the assembly of the kit is the only minor gripe, especially given the excellent tank kits Warlord turn out.

This is a ‘task specific’ Walker in the game, which means that it wouldn’t survive in every combat scenario. Still, if you’re looking for a Walker that packs a punch against infantry and lightly armoured targets, this is the one.