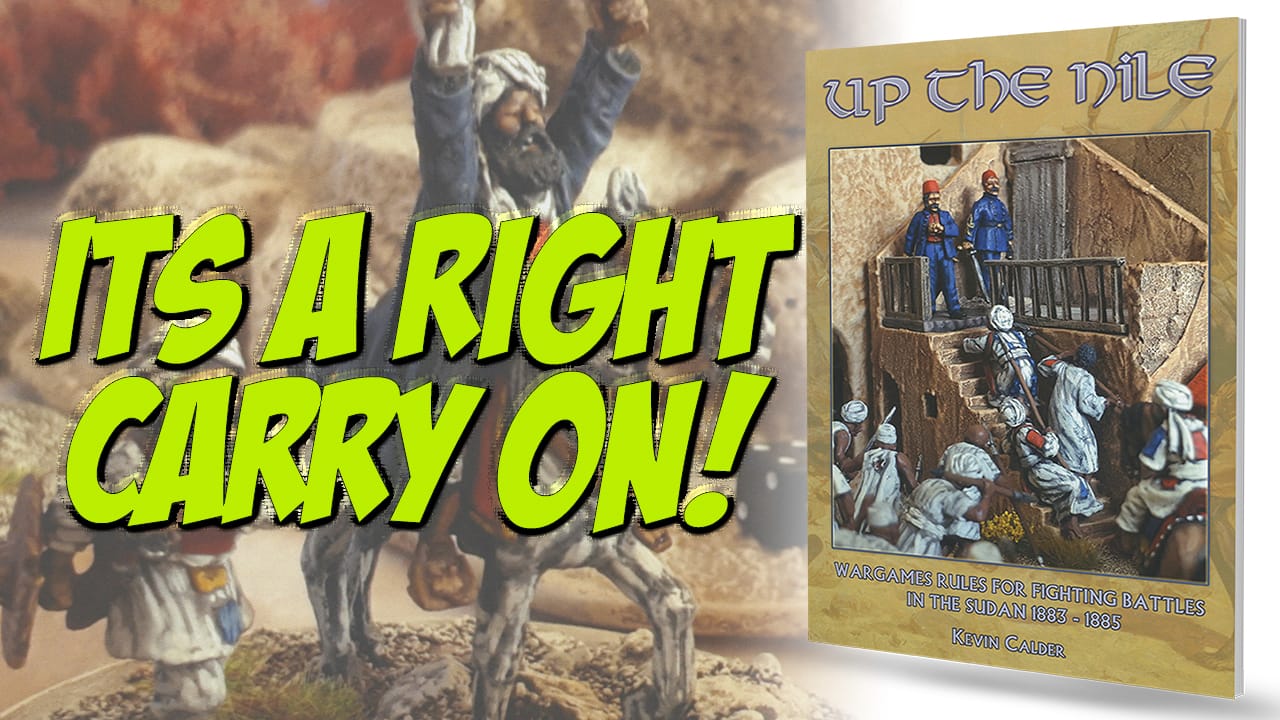 Partizan Press have released another new rulebook, this time designed for fighting battles during the colonial period in the Sudan from 1883 to 1885. The excellently titled Up The Nile is a 44-page, softback book presented in a handy, slightly larger than A5, format.

The rules are written by Kevin Calder and are based upon his Bonnie Blue Flag ACW rules. Consequently, the notion of Attrition being a main facet of the rules is carried over to suit the fighting in the Sudan, although the greater variety of troops types means that each has its own level defined by a number. The basic forces to be used are outlined, as are certain formations, including the Square.

On page 12 the author discusses the use of different types and sizes of bases that may be used, and consequently how many figures make up a Up The Nile game.

The basic Turn Sequence follows a logical format and the game uses an IGOUGO system. Movement is nicely varied, with a ‘guaranteed’ movement distance in inches, plus the roll of a D6 to add some sense of fatigue, battlefield conditions, etc, with some nationalities and types of unit have movement modifiers.

The Firing rules are nicely straightforward, with some historically accurate  ranges and modifiers. Useful examples are included to aid understanding. Melee is a little more complicated but barely, and a handy table aids resolution. There is also a great ‘one page’ reminder example which takes you through the stages of a firing and melee phase in text format.

Once players have mastered the ‘basic’ game, there are various rules included to add texture to the gaming experience. There are national and unit traits, characters, plus certain types of personnel or weaponry which, if included in a game, add or subtract from the effectiveness of the troops. The book also includes rules for using gunboats and dhows on the Nile, and for attacking walled towns or forts.

There are some workable rules for Solo Play, plus two basic scenarios with maps. Lastly, there is a double-sided page of quick reference sheets which will no doubt aid in game play.

Overall, this seems like a good set of rules, with obvious efforts to make gameplay as simple as possible. Although these have been partially adapted from Bonnie Blue Flag, this is a set of uniquely ‘Sudan’ rules, with plenty of period flavour. Pretty much all you could ask for from a set of tabetop rules for gaming battles in the heat of the desert is here. Plus, the use of great photographs of very well painted miniatures, mostly from the Perry Miniatures range, really enhances the overall look. Well worth checking out.