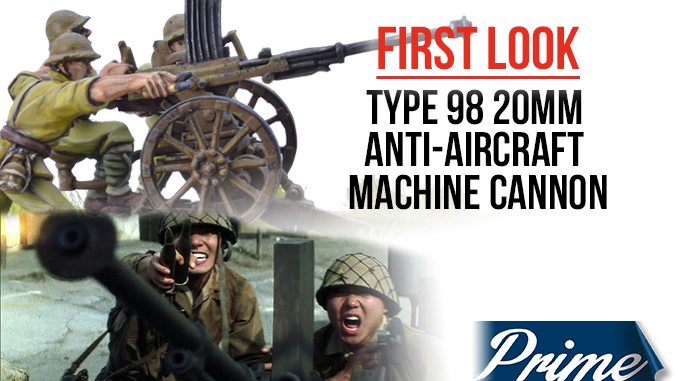 One of the upcoming releases from Warlord Games adds some additional firepower to the Imperial Japanese Army. The Type 98 20mm Anti-Aircraft machine cannon was Japan’s most widely used light AA gun between 1938 and 1945. The basic mechanism and method of operation was based upon the French 13.2mm Hotchkiss machine gun.

It’s crew of three were trained to emplace and fire the weapon within three minutes. They could also choose to fire much more inaccurately whilst the weapon was still on it’s wheeled carriage. The ability to rapidly deploy and move the weapon, plus it’s relatively small size, meant that it could be brought into action wherever there was space.

A number of variants of the weapon were used, including an option to function with the Submersible Gun Mount Model 1, used to engage enemy landing craft.

Below: The Type 98 in action in the movie Pearl Harbour.