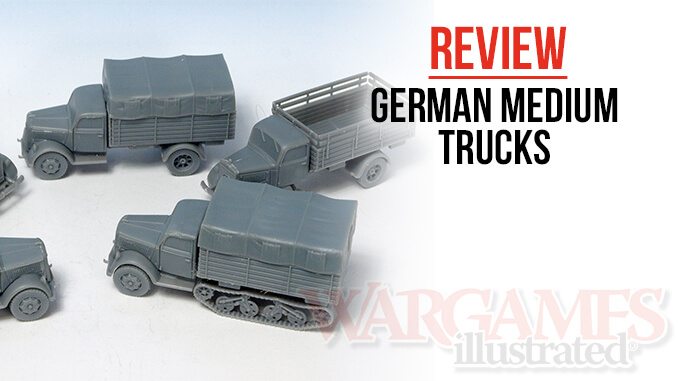 Produced by: Tumbling Dice Scale: 1/2400th
Price: Ships sold in packs usually containing two or more ships for £2.40. And for increased value for money there’s a choice of seven discounted starter packs for £17 each.

The recent release of Osprey’s Poseidon’s Warriors rules recently reviewed on the Wargames Illustrated website prompted me to look into suitable vessels.

There are several companies producing model ships to suit the ancient period in scales ranging from 1/3600th to 1/300th and I believe that there even models to match 10mm figures.

As with any subject with a choice of scales available, the range you choose depends upon what sort of game that you intend to play. I wanted to eventually wargame large fleet actions but with several caveats; I didn’t want the ships to be too small and not so large that a big battle playing area would be impractical. And I didn’t want to spend too much money either.

In the end I decided that the 1/2400th scale Classical & Ancient Naval range (c800BC – 1200AD) designed and produced by Tumbling Dice, best met my needs.

There are 17 ship designs, plus two packs of wrecks (small and large) in the range, to more than cover Hellenic and Roman naval warfare. Apart from the very smallest ships such as the Precontor, each model comprises a sea base which incorporates the oars, and a main hull with mast and separate sails.

For their size, with a trireme, probably the most widespread ship of the period, measuring just 22mm long, the detail on the ships is very good and with even a minimal amount of skill, they paint up remarkably well, and of course the addition of a suitable decal will greatly enhance your models.

PROS: Good representations of the original ships. Easy to assemble. They are small enough for the ships to be identifiable, but large enough to paint. Very reasonably priced. And their small scale means that as your fleets grow in size or number you won’t need a massive playing area.

CONS: The models are supplied with irregular shaped bases making it easier to blend them into your preferred size bases using filler, Milliput®, or something similar as has been done on the images accompanying this review. I’d have preferred them to have been on rectangular bases to start with, but I can appreciate that they have been designed in this way to give wargamers more choice.

So, if you want to fight out the naval battles of the Ancient World, the Tumbling Dice range offers a very cost-effective starting point, and being a modelmaker before I became a wargamer, I can see myself doing some extra-detailing on these miniatures, perhaps creating paper sails incorporating suitable images; there are many possibilities, maybe even simple rigging?…