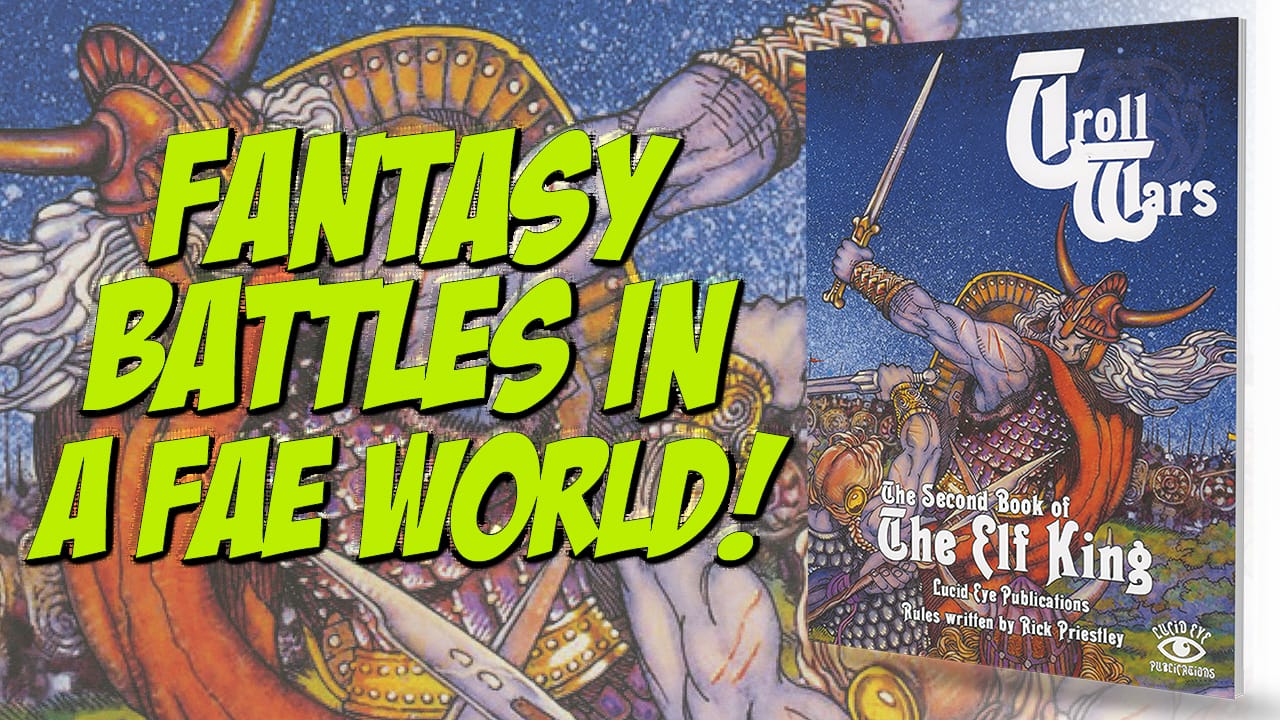 Subtitled The Second Book of the Elf King, Troll Wars is a 74 page softback book. It is the first supplement to the Red Book of the Elf King rules, and you need a copy of the core rules to use it. The book adds new new characters, races, spells or ‘Glamours’, new artefacts and new scenarios for an expanded setting, the Isle of Sarent.

The supplement begins with an overview of the world of the Elf King and the ongoing Fae Revanche.  The narrative of the game is expanded using direct explanation and fiction, with an expanded map of the setting and the new aspects being introduced, most notably new Elf, Troll and Mortal characters. Each of the new leaders of the Circles are either an Elven Thane, a Troll Lord or a Mortal Chieftain. There are also Witches, who aid the less magically inclined

Each of the new leaders of the Circles is either an Elven Thane, a Troll Lord or a Mortal Chieftain. There are also Witches, who aid the less magically inclined Mortals in their battles with the other peoples or can ally themselves with Trolls. There are new rules, such as the Rule of Iron, a dangerous metal to the Fae races, and the use of Hex spells and Auguries by Witches. There are details and stats for each of the new named characters and their Companions.

The new Glamours and Hexes available for Trolls and Witches are fully detailed and add some ‘tricksy’ magic to the game, enabling direct attacks and a touch of subterfuge to encounters.

There are 7 scenarios outlined in the book, which link together to form a narrative. Each scenario tells a part of an overarching ‘story’, and has as its ‘prize’ an enchanted item which can be used in the next encounter. A campaign map of the Isle of (Ym)Sarent is included, and each scenario has the standard set up, Deployment, and maps, that one would expect.

This book is the first in a promised number of future supplements for the Red Book of the Elf King setting, with the next featuring the ‘big bad’ of the game, the Unspoken. The new rules, Circles and spells seem to augment the playing opportunities rather than out-classing those in the original book. A nice touch is the use of artwork and narrative fiction to add new layers to the game. If you have the main rule book or are looking for something different to the current norm in fantasy gaming, this is worth a look.