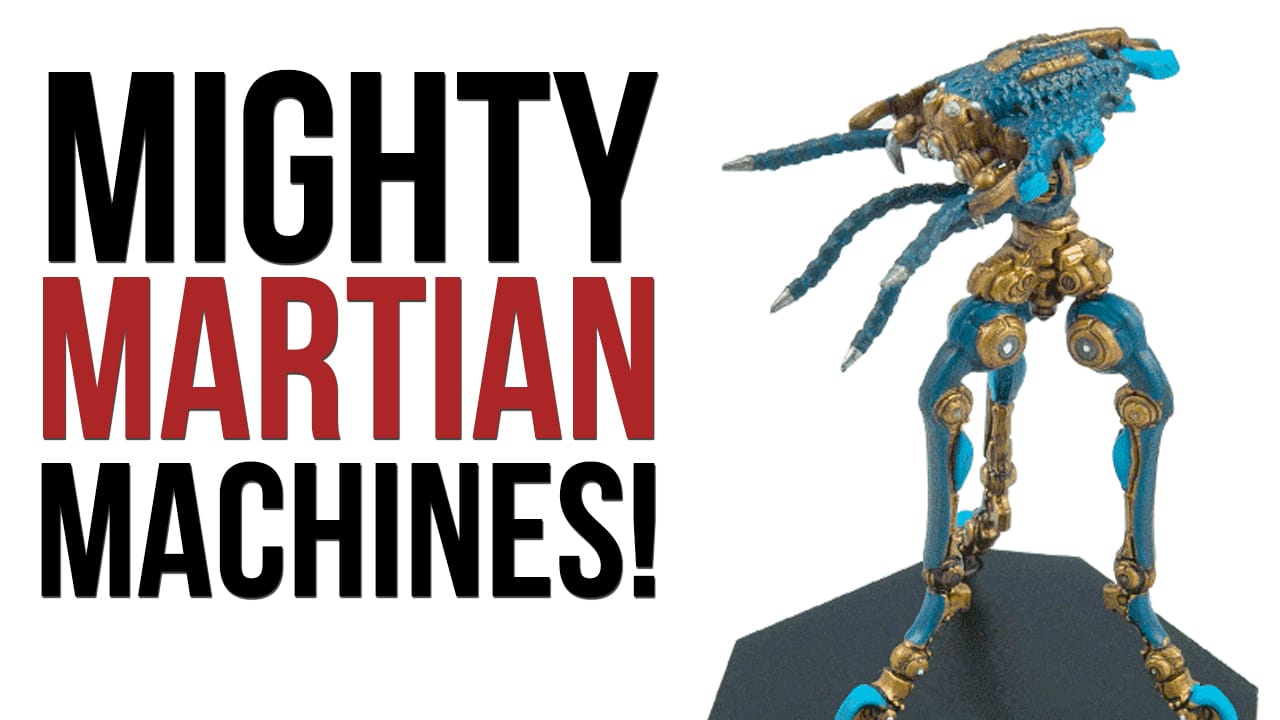 We recently covered the release of the Tripods and Triplanes core starter set from the excellent Ares Games. This contained one Martian Tripod and one German Triplane, alongside the game rules, tokens and other game aids needed to enter the world of this Post-WW1 Martian invasion. This time around, we’re looking at three of the reinforcement packs provided for the game, three more ‘classes’ of Martian Tripod to aid the domination of the Earth.

The Mk. II ‘Scarab’ Tripod Pack contains a pre-painted miniature of the heavily-armoured ‘workshorse’ of the initial Martian invasion, the ‘Scarab’. Although described as slow and clumsy, it is heavily armed and armoured, with a heat-ray projector and the ability to launch black smoke to gas unprotected humans. As well as the being mounted on a thick, card base, there is also a separate card token for use on the tabletop. Also provided are the game data cards for the tripod, plus the standard movement and action cards for use with the game.

Next is the Mk. III ‘Squid’ Tripod Pack, used as a scout by the Martians and operating to the fore of an advance. This is a much smaller tripod than the others, but is still heavily armed and armoured, able to use its movement and action cards to hit hard and keep the momentum going. The full set of cards required to make the most of this dangerous weapon are included in the pack.

Lastly, we have the Mk. IV ‘Cuttlefish’, as designated by humanity. This is currently the most advanced design of Martian Tripods, and combines the best of the other designs into one extremely formidable weapon. Consequently, the plethora of weapons, movement options and action cards contained with this model makes this the ‘top of the line’ as far as gaming options at the present time.

The quality of gaming materials in all of these products are of the usual high standards we’ve come to expect from Ares Games. Provided fully painted and based, with full colour printed card components, all that is needed is the core rules and the figures are ready to serve.