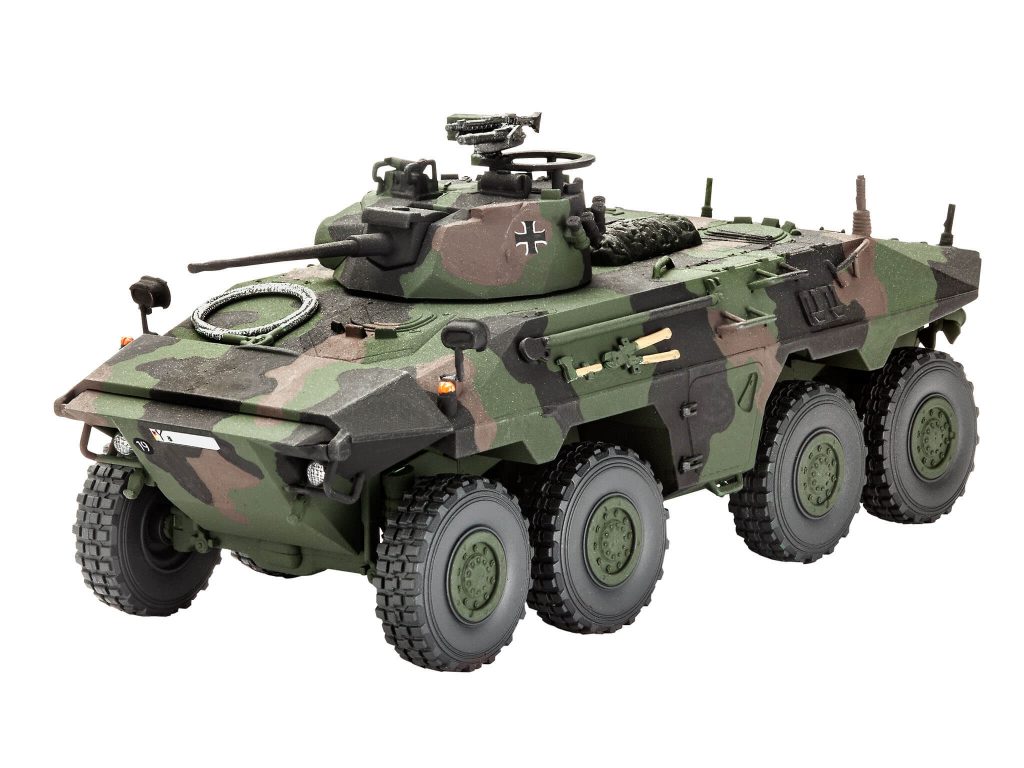 This is a 1/72nd model kit from Revell’s excellent range of modern image military fighting vehicles. Originally tooled and released in 1999, there have been several variants of the basic vehicle and this latest release enables the modeller to build the eloka electronic warfare and nbc versions. Approximately 1000+ Fuchs (Fox) have entered service with the German

military since 1979 and they have proved themselves in numerous conflicts. Instantly recognised by the array of antennae and Ariel’s across the vehicle’s back, the Eloka “Hummel” (Bumblebee) version is certainly striking although wargamers may prefer to opt for the nbc version which I believe is better suited for the gaming table without the fragile

electronic warfare detailing. It’s also worth noting that some examples of the nbc version were adopted by both British and US armies and saw service in the Gulf Wars.

The kit is 10.1cm in length and comprises 174 parts plus decals for two German versions. Revell’s usual multilingual construction and painting guide is also included to complete the model. Quality and detail is very good and will delight the static modeller and wargamer alike. That said, wargamers beware, if you like your vehicles to be put together, painted and onto the table in quick time you may be disappointed. 174 parts on a model this size inevitably means there are a lot of very small parts making construction quite fiddly. I feel it is worth persevering though as the finished item is worth the effort and makes a very pleasing alternative for modern era gaming.