Things From The Basement 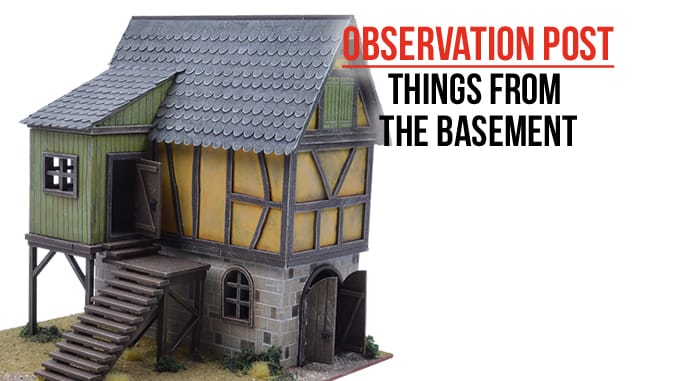 Things From The Basement are known for the wide range of different MDF buildings and terrain they produce, plus other items that aid gamers in creating their battlefields.

The Watermill shown here is just one example of the quality of the buildings available. The buildings arrive as kits and unpainted, and have a quality that speaks for itself. It is just part of the Legend of Riverfield range, a cross between fantasy and medieval worlds, that would also suffice for later historical periods.

Other ranges are based upon 20th Century Industrial, the Frostgrave and Ghost Archipelago games, the far Future and the eastern Front. The buildings are mostly available in 28mm but some such as the Russian Village are 15mm and there are a whole extra set of parts which may be used to add extra details. There are also MDF and resin parts which may be used to add interior details as well, allowing gaming within the interiors.

The company also has a number of miniatures available, from their own ranges or imported from overseas. One of the ranges they have 28mm Pin-Up Girls, a whimsical range of women attired in uniforms from the American Civil War.

With so many products on offer, this is a company which pretty much has everything that most gamers may need. Able to cope with custom projects, the company’s inventory of stock and skills means that they can adapt and provide what is needed at a good price.